Next week, rocker Jack White (previously of The White Stripes) plans to make an announcement through his Third Man Records group that appears to have something to do with Carl Sagan and space. 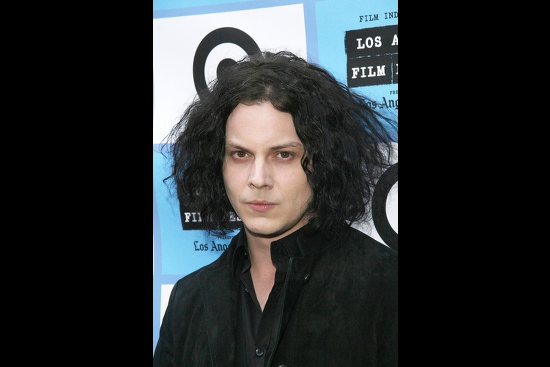 In 2009, White released a 7″ vinyl record called “A Glorious Dawn” (originally by MelodySheep) which remixed Sagan’s words. You can hear a YouTube version of the song below.

But if he’s already released that album, what’s happening on July 30?

Some are speculating that White will get that vinyl record played in outer space — the first time that’s ever happened. He suggested as much in 2012:

“We want to launch a balloon that carries a vinyl record player, and possibly that Carl Sagan record, and figure out a way to drop the needle with all that turbulence up there and ensure that it will still play,” he said in a chat recorded by Interview magazine. Aldrin recommended that White talk to the CEO of Richard Branson’s Virgin Galactic, because Branson is “always interested in doing unusual things,” he said.

That wouldn’t necessarily be memorable as far as famous firsts go, but playing the words of Sagan on an album in outer space? There’s something beautiful and poetic about that.

July 21, 2016
Can Religion Solve Social Problems? Fewer Americans Than Ever Before Say Yes
Next Post

July 21, 2016 Based on How the Jewish Year Is Written In Hebrew, It's Clear the Messiah Is About to Arrive
"I know. Anti-trans bigots are seriously intellectually deficient, but what can you do?"
DrVanNostrand Here’s How Well-Known Atheists Are Defending ..."
"There's two things I try to keep in mind:1. The research of war and space ..."
WallofSleep Here’s Madalyn Murray O’Hair Discussing Atheism ..."
"I wish. Occasionally they can be found on eBay. They still make 'em. Amazon and ..."
RegularJoe Quebec Court Upholds Religious Symbols Ban ..."
"Intersex people are not a third sex. Humans are mammals, and mammals only have two ..."
Sankari✓Fᵉᵈᵉʳᵃˡ ᶦˢᵗ Here’s How Well-Known Atheists Are Defending ..."
Browse Our Archives
What Are Your Thoughts?leave a comment