The NBA announced this afternoon that it would move the 2017 All-Star Game from Charlotte, where it was originally scheduled, to a soon-to-be-named city due to North Carolina’s discriminatory HB 2 law, which “bans local municipalities from enacting non-discriminatory ordinances designed to protect” LGBT people. While the threat of relocation had been looming since March, it wasn’t until today that a formal announcement was made. 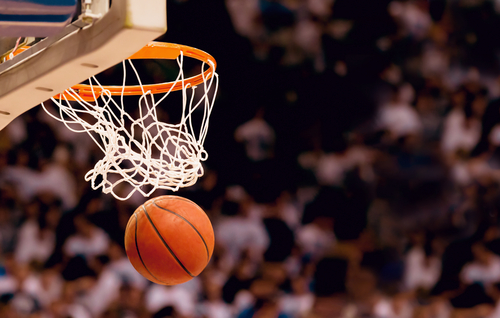 “Our week-long schedule of All-Star events and activities is intended to be a global celebration of basketball, our league, and the values for which we stand, and to bring together all members of the NBA community — current and former players, league and team officials, business partners, and fans. While we recognize that the NBA cannot choose the law in every city, state, and country in which we do business, we do not believe we can successfully host our All-Star festivities in Charlotte in the climate created by HB2.“

It’s an incredible statement and, dare I say it, courageous stand by the NBA. North Carolina politicians may not care about the LGBT community, but you can bet they care about sports, money, and publicity, all of which they’re on the wrong side of in this situation.

For the NBA to get indirectly involved in politics like this — when sports is normally as escape from all those “serious” issues — is a big deal. It creates a template for other leagues to do something similar. In the past, leagues have threatened to move events over certain social issues, or changed venues before they were set in stone, but this may be the first time a league has moved a major game after everything was already in motion.

To be sure, the NBA isn’t leaving Charlotte entirely.

The Charlotte Hornets play preseason games, 41-regular-season games and possible playoff games in the state, and the NBA’s D-League Greensboro Swarm begins its first season in the fall. The league potentially has employees and fans in the state impacted by the league.

NBA Commissioner Adam Silver suggested months ago that moving the All-Star Game but keeping everything else in the state may come off as hypocritical, but moving an entire franchise is complicated. Moving the All-Star Game? Not nearly as tough. And the NBA added that Charlotte would be reconsidered as a host venue for 2019… if the state can get its shit together.

Considering how strongly evangelical Christians and other conservatives fought for the ability to discriminate, the state will have to decide which group of people it wants to appease more to prevent problems like this in the future: religious bigots or local business leaders who had a lot to gain if Charlotte hosted the week-long All-Star festivities.

July 21, 2016
Based on How the Jewish Year Is Written In Hebrew, It's Clear the Messiah Is About to Arrive
Next Post

July 21, 2016 KY Governor: Taxpayer-Funded Religious Foster Homes Should Be Able to Promote Christianity
Browse Our Archives
What Are Your Thoughts?leave a comment