In 1998, Alicia Pedreira was fired from Kentucky Baptist Homes for Children, where she counseled kids as a family specialist, because she was a lesbian. You might think that’s legal since this was a religious institution, however, it was also a publicly funded one. (That year, Kentucky taxpayers paid for $13 million of its $19 million budget.) 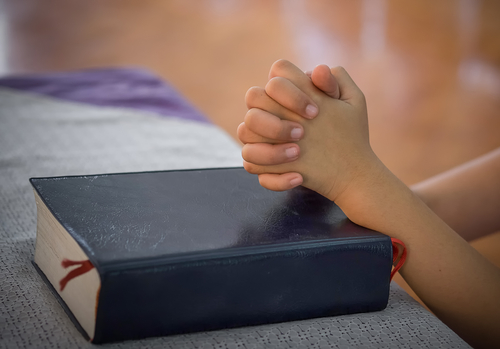 She eventually filed a lawsuit with the help of Americans United for Separation of Church and State and the ACLU. That lawsuit, though, also included this damning testimony:

Though KBHC receives public funds and the Constitution prohibits the use of such funds to indoctrinate, a report conducted by a state-employed monitoring group highlighted numerous instances where young people complained about being forced to attend Baptist services or said they were not permitted to attend services of other faiths. AU’s lawsuit contends that this clearly violates church-state separation and Simmons believes KBHC’s use of public funds violates core Baptist traditions.

So they were also proselytizing to the children in their care…

This case made its way through the legal system for years, and it wasn’t until 2013 that both sides reached a settlement:

More legal back-and-forth ensued and those bulletpoints were revised since Sunrise didn’t want to accept that settlement, but it all seemed to be over this past May when the Supreme Court said it would not hear the case. Great! Now, both sides could just work on implementing the changes, right?

Not so fast. Because the settlement was reached when former Kentucky Governor Steve Beshear (a Democrat) was in office, the current governor, Republican Matt Bevin, says he should be able to nullify their work since he won the election last November:

Gov. Matt Bevin’s administration wants a judge to throw out a court settlement that is intended to ensure that church-run foster care programs don’t try to proselytize to children in their custody.

… Alex Luchenitser, a lawyer for Americans United, said the state cannot change course on the settlement forged last November by the administration of Gov. Steve Beshear, between the time Bevin was elected and sworn in.

“It’s a binding agreement and there is no basis for the state to get out of the agreement,” Luchenitser said in an interview.

This case will never end… I’m skipping over a lot of the details, but as it stands, Bevin thinks workers at a religious institution should be allowed to proselytize to children while receiving taxpayer money. if that sounds crazy, remember that this is the same administration that allowed Ark Encounter to receive an $18 million tax rebate…

If Bevin gets his way, it would be awful for taxpayers and even worse for the children. It shouldn’t happen, anyway. You can’t go back in time and reverse decisions you don’t like just because you’re in office now. That applies to Republicans, too.

The courts got it right before. There’s nothing to fix here.

(Image via Shutterstock. Thanks to Brian and Scott for the link)

July 21, 2016 Pastor Mark Burns Delivers Another Loud, Angry Sermon at the RNC
Browse Our Archives
What Are Your Thoughts?leave a comment