Priest Who Stole From the Poor and Got a Slap On the Wrist Will Serve Serious Time After All July 20, 2016 Terry Firma

The last time we met the Reverend Timothy Kane (pictured), a priest who scammed a six-figure sum from a charity for poor residents of Detroit, he had just been given a “unique sentence” that was so remarkably mild, it pissed off the prosecutors. 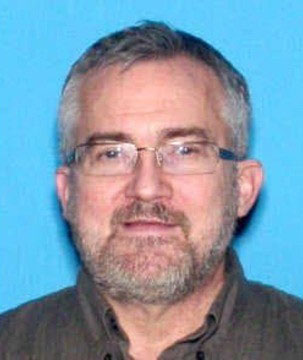 Judge Bruce Morrow had imposed a 12-month jail term on Kane that was to be served over a five-year period during the months of July and December only, with two extra months to be determined.

According to the Detroit News,

… the Wayne County Prosecutor’s Office thought that sentence was too light, appealed it, and won, prompting Tuesday’s resentencing before Judge Margaret Van Houten. …

The sentences will run concurrently, which means Kane will serve between three and 20 years in prison.

The priest doesn’t think that’s fair, and he invoked Jesus Christ to explain why:

“I have been punished already,” said Kane, among the last words he spoke on his behalf. “God has me in the palm of his hand. The blood of Jesus has made us all equals.”

As far as I’m concerned, Judge Van Houten’s recalibration of Kane’s sentence is welcome, but I’m disappointed that she thought it necessary to note that she had “prayed” in order to reach her decision.

If praying, in this context, is the same as searching one’s conscience, OK, fine. But a judge who consults an imaginary entity in order to administer earthly justice is unsettling. It shouldn’t need to be said that how we deal with criminals ought to be determined by law books and jurisprudence. Bibles and prayers to the Almighty have no place in the justice system of a grown-up, secular country.

July 20, 2016 This Is An Unusual Way to Advertise Your Car Dealership. But It Is Tennessee...
Browse Our Archives
What Are Your Thoughts?leave a comment