This is really unbelievable: The Norco City Council in California unanimously rejected a proposal to build a Hindu temple in the community — even though the developers were following all the rules — because it’s probably won’t fit in with the rest of the community. 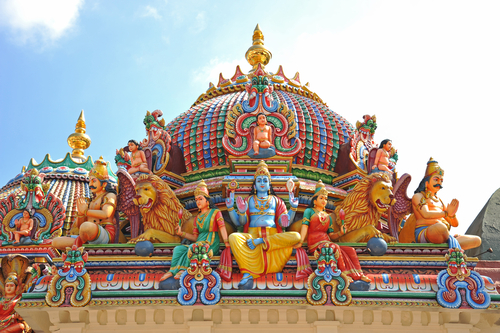 “We fight to bring in the right sorts of businesses that won’t hamper our lifestyle,” Mayor Kevin Bash told faith leaders standing at the podium. “Why the heck would you spend so much money on such a terrible site to put that building? There’s lots of hills where you could put that dome and nobody would care, but you chose a city where it’s probably not going to fit.”

It’s an even more incredible statement when you realize the Hindus agreed to lower the height of the building by 10 feet and promised to remove a planned dome (to essentially hide it from public view)… even though there are two churches in the same area at higher elevations with 60-foot steeples on them. The city says those are legal because they were built before the regulations were put in place.

In any case, it’s hard to see this as anything but anti-Hindu discrimination. No word yet on whether there will be a lawsuit, but we’ve seen people file suits over far less.

(Image via Shutterstock. Thanks to Jennifer for the link)

July 20, 2016
A Rabbi's Speeding Tickets Are Quashed; Is This Moth Story Supposed to Be Cute?
Next Post

July 20, 2016 Christian Blogger: Ark Encounter Has Several Problems and It Wasn't Worth the Cost for My Family
Browse Our Archives
What Are Your Thoughts?leave a comment