The Wall Street Journal published an analysis of Facebook data to show what we can learn about Hillary Clinton and Donald Trump supporters based on their unique Likes. It’s not necessarily scientific, but it sheds some light on some of the differences between the two worlds.

When it comes to their favorite movies, for example, those who like Clinton overwhelmingly prefer Harry Potter. But Trump supporters? 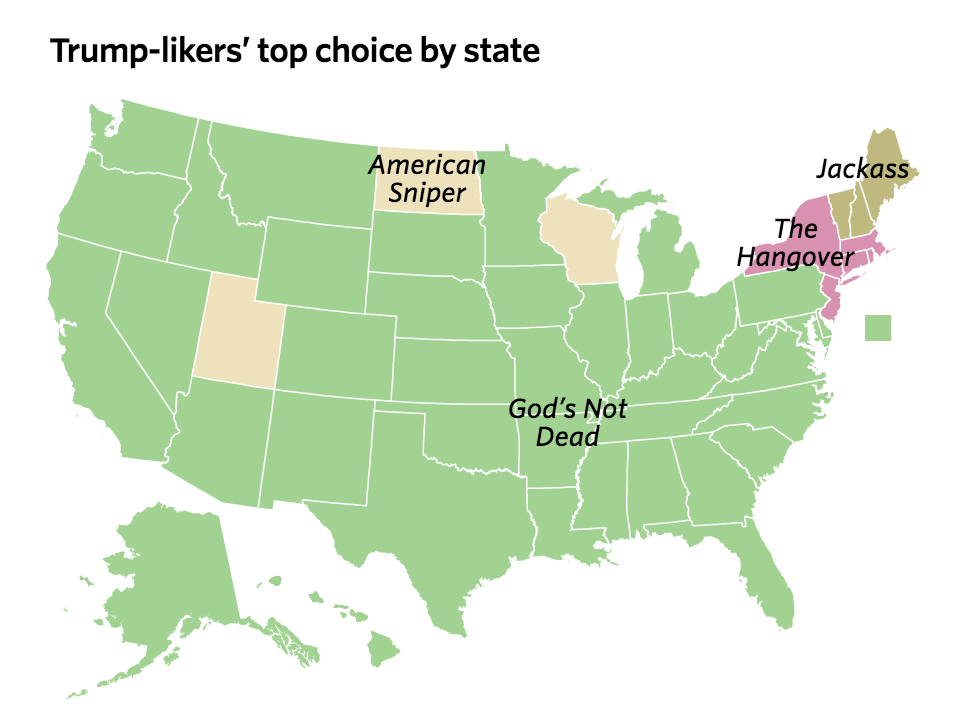 God’s Not Dead. The movie about a Christian student who outsmarts his stereotypical atheist professor. (No wonder The Hangover is popular in New England. If I knew my party was this deluded, I’d need to take a drink, too.) 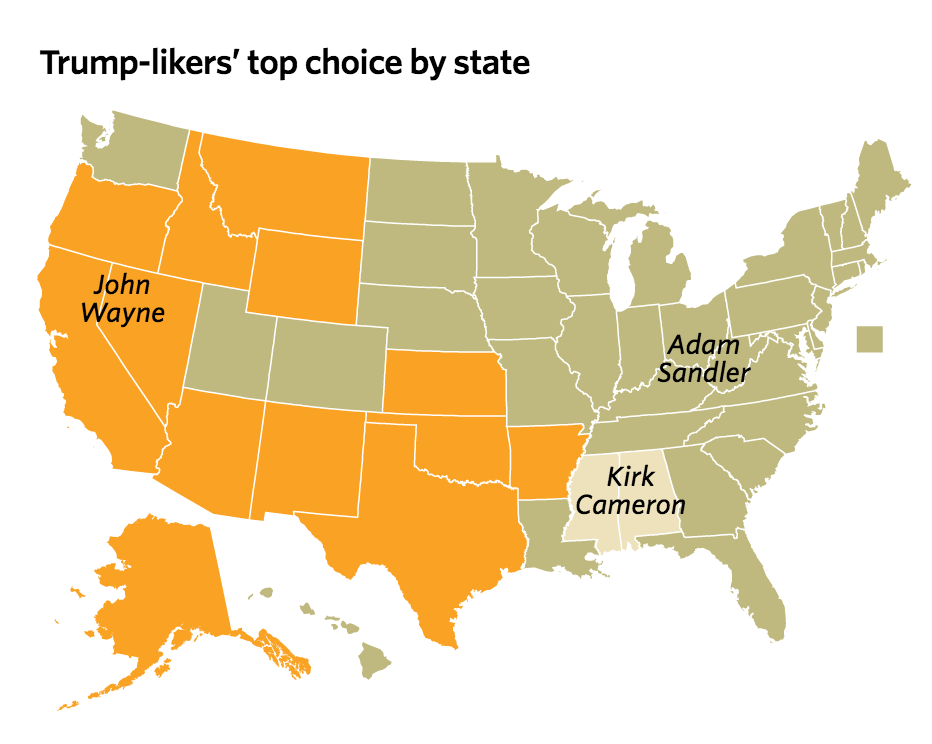 In Mississippi and Alabama, they consider Kirk Cameron a fine actor. Cameron wasn’t in God’s Not Dead, but he has appeared in a number of other shitty Christian films.

How’s that for a political ad? “A vote for Trump means Kirk Cameron will appear in God’s Not Dead 3!”

Both sides could use it, though I’m not sure who would benefit more. Hell, even if I didn’t already support her, I’d vote for Clinton just to prevent that.

July 20, 2016 Third Eye Blind: "Raise Your Hand If You Believe in Science!" Republican Crowd: "Boooooo"
Browse Our Archives
What Are Your Thoughts?leave a comment