A Rabbi’s Speeding Tickets Are Quashed; Is This Moth Story Supposed to Be Cute? July 20, 2016 Terry Firma

A Rabbi’s Speeding Tickets Are Quashed; Is This Moth Story Supposed to Be Cute?

I like fascinating real-life stories told by ordinary people, so I’m a big fan of the Moth, a radio program and podcast that specializes in the genre. Last night, I listened to a first-person, six-minute Moth tale that stood out for reasons that’ll soon become clear. The account was told to a live audience by Rabbi Daniel Judson (pictured below), a professor at Hebrew College Rabbinical School in Newton, Massachusetts.

Honestly, I couldn’t quite believe what I was hearing, so I gave it a second listen to make sure I’d understood. 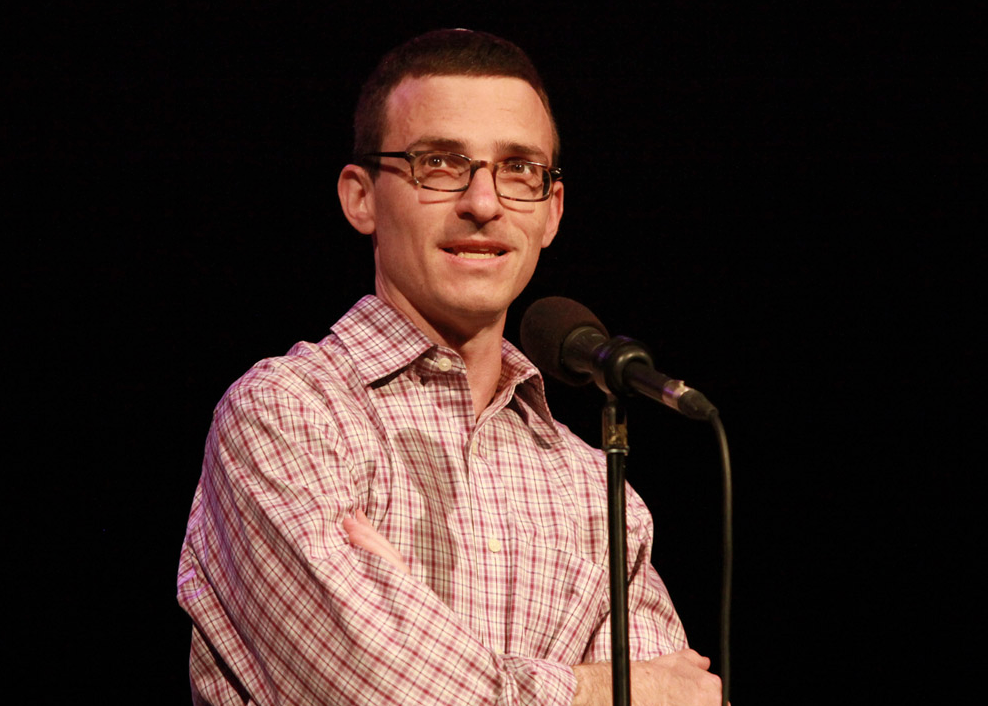 Judson recalls how one night, many moons ago, this happened:

He is running late, and

…and a cop pulls him over for excessive speeding. When the officer approaches his car, Judson makes a remarkable overture:

Thinking this might be of some help and I can slide my way out of this, I say, “I’m the rabbi of a synagogue about a mile up the road, and I’m going to Bible study.”

The cop, unmoved, responds by asking for Judson’s license and registration. Judson answers that he doesn’t carry his wallet on Saturdays for religious reasons (it’s to remind him not to spend money on the Sabbath, although I can’t fathom what purpose is served by not having his driver’s license on him, specifically). This doesn’t impress the policeman, who politely tells Judson that he’s going to impound the vehicle.

To which Judson claims to have said: “What the fuck?!”

This is all told to delighted chuckles and sympathetic laughter from the audience, which doesn’t seem to mind the double lawbreaking — speeding as well as not carrying a license — nor the attempt to claim religious privilege on behalf of not one but two religions… nor the profanity directed at the officer.

But it gets better (or worse, really).

The next day, Judson gets a call from the police precinct inviting him for a quick chat. When the rabbi arrives at the station, the sergeant with the Jewish last name says that several locals, including a Christian pastor (long live ecumenical love!), have leaned on the department, advocating clemency for the rabbi. And the police officer tells him,

The ticket is ripped up and the violation wiped off Judson’s record.

But that’s not quite the end of the story.

Judson tells the appreciative crowd that seven years later, he is driving on the same stretch of road. Again, he is late; again, he is speeding; and again, a policeman pulls him over.

He asks for my license and registration. I start to say I don’t have it again, and he says, “Aren’t you that rabbi?” He says, “My buddy pulled you over that day. He was being a jerk. You just go ahead and have a good night.”

With that, Judson ends his triumphant tale on yet another wave of laughter and applause.

It is incredibly telling, isn’t it? Rather than be quietly embarrassed about (1) his repeated lawbreaking and (2) the cops kowtowing to his clergyman status, Judson brags in public about both. He is evidently mighty pleased at having received the exact white-glove treatment that he brazenly solicited during the original traffic stop, and he clearly thinks the double standard makes for cute material (and so does the audience).

It’s religious privilege expressed in a particularly unapologetic form, all the more jaw-dropping for being so bizarrely unselfconscious.

If it matters, your friendly godless author was pulled over for speeding in 2014, and ultimately sentenced to a hefty fine and 20 hours of community service. Stupidly enough, I actually did what the police and the judge — the law — required of me.

If only I’d been a man of the cloth, and lacked a sense of personal responsibility to boot, I could have just avoided the consequences of my actions… As one does, apparently.

(Photo via the Moth)

July 20, 2016
These "Trump Tracts" Will Help You Find Your Inner Salvation
Next Post

July 20, 2016 Norco City Council (CA) Rejects Proposed Hindu Temple Because It Won't Fit In with the Community
Browse Our Archives
What Are Your Thoughts?leave a comment