Congressman Says He’s Looking Into Why a God’s Not Dead 2 Ad Was Rejected by Cleveland Company July 18, 2016 Hemant Mehta

We recently learned about a billboard controversy taking place in Cleveland, where the Republican National Convention is taking place.

In short, the Freedom From Religion Foundation was putting up this billboard featuring Ronald Reagan advocating for separation of church and state:

But another sign, promoting the DVD release of God’s Not Dead 2, was rejected for being “too political” and “way too incendiary.” 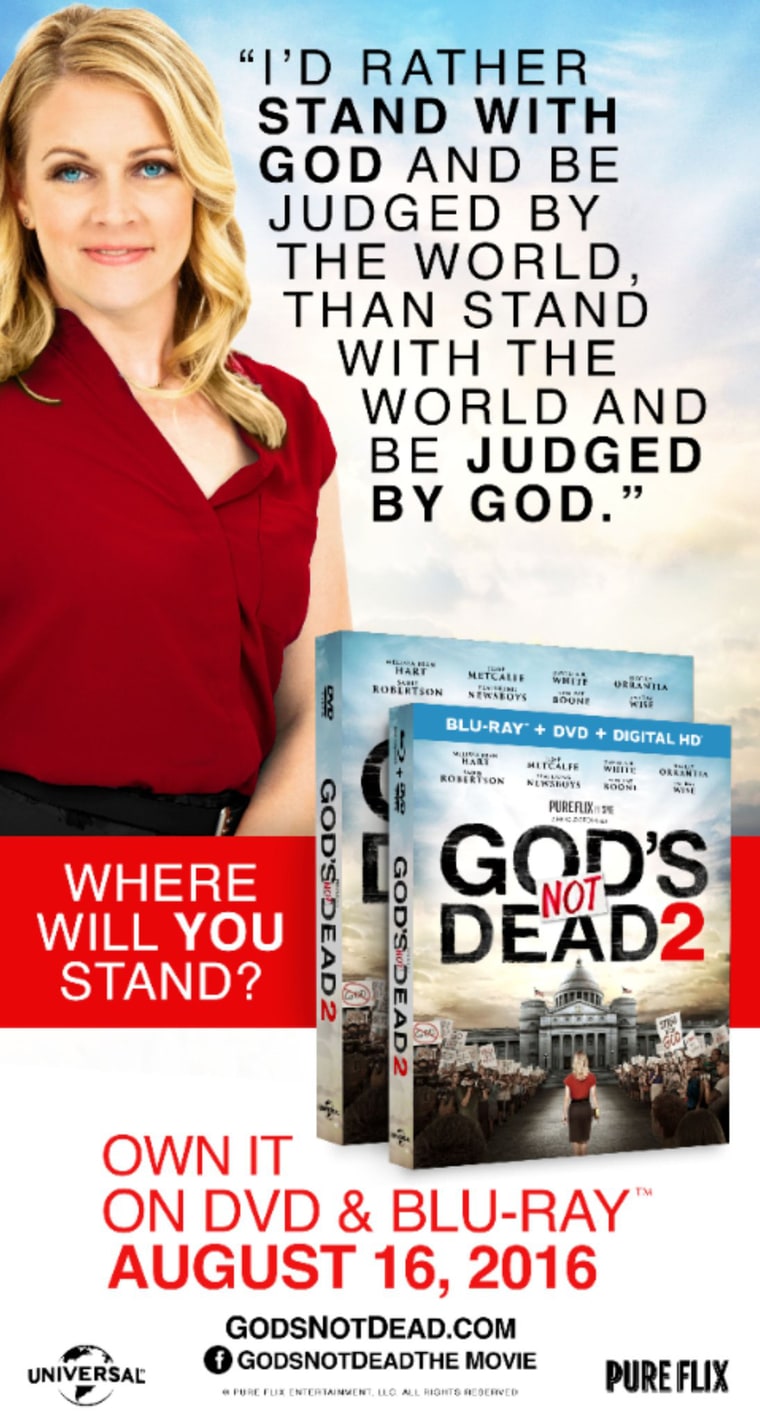 This was not a case of hypocrisy. The Christian ad very clearly suggested people should convert (or else God would punish them), while FFRF’s ad merely quoted a Republican defending the Constitution. It wasn’t atheist advocacy, in other words.

But as usual, Christians were turning this into a game of persecution, acting like their rights were being infringed upon.

Now, says The Hollywood Reporter, Rep. Dana Rohrabacher (R-CA) is looking into the matter. Because priorities.

“I think it’s up to the Republicans to explain why something so significant to a vital part of its constituency was treated this way. There’s no excuse to be taking the Christian vote for granted,” said Rohrabacher.

“I don’t know who is to blame, but I will be asking. I will be tracking this down,” said Rohrabacher. “This didn’t play out well, and it could cost the Republicans.”

“This has nothing to do with Congress but with the party, and it shouldn’t be tolerated. I’ll be going to the people responsible for the convention, and find out if there was any discrimination,” said Rohrabacher.

He added: “The sign company has every right to make whatever decision it wants, but the Republican party should make demands that the views of Christians are welcome. We should ensure this sort of snobbery doesn’t happen at our convention.”

He’s answering his own question. The sign company exercised its right to reject the preachy Christian ad, just as it would’ve done for a similar atheist sign. There’s nothing to inquire about, nothing to track down, no one to blame. And since when has the modern Republican Party ever ignored the views of Christians? Hell, just last week, Tony Perkins inserted even more evangelical beliefs into the GOP platform.

Now if only Rohrabacher and his fellow Republicans took the Zika virus this seriously, maybe we’d get somewhere.

July 18, 2016
A Comprehensive List of All the Atheists Still Running for State and Federal Office
Next Post