A Christian Extremist Shot a Trans Woman In the Face, but Indiana Doesn’t Call That a Hate Crime July 18, 2016 Camille Beredjick

A Christian Extremist Shot a Trans Woman In the Face, but Indiana Doesn’t Call That a Hate Crime

Last week, a Christian extremist shot a transgender woman in the face at her place of work — and because it happened in Indiana, it’s not considered a hate crime.

Crystal Cash, 55, was shot in the face while working at the cosmetics business she runs in Evansville, Indiana. Cash is currently unable to speak, but through writing was able to help identify her attacker as Gerald Duane Lewis. Lewis also yelled an anti-gay slur at Cash before shooting her. 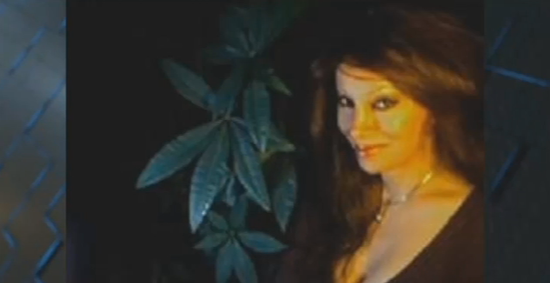 Violence against transgender women is an epidemic, and in incidents like this, it’s obvious that anti-LGBT bias is at play. Still, the police investigation of the incident has been murky, which is likely related to the fact that Cash is a trans woman and that there are no hate crimes laws on the books to protect against bias-based violence in Indiana:

The case has been complicated by the police — who have implied that Cash is a prostitute — and by whether her assailant, identified as Gerald Duane Lewis (AKA Gadiell Ben Israel), belongs to an organization identified by the Southern Poverty Law Center (SPLC) as a hate group.

The SPLC identifies Lewis/Israel’s church as violently anti-Semitic and anti-LGBT. The Israel United in Christ Church, on its Tumblr page, denounces interracial marriage as a sin and an abomination, and also commands its followers not to vote. In recent posts, it commented upon a recent house fire that killed seven children that it was a lesson to be learned about “defiling the sabbath.” The organization posted a note on its website denying that Lewis was a current member of the group.

Transgender women are often mistreated in the criminal justice system, whether they are being accused of a crime or have been victimized. They are frequently assumed to be sex workers and treated poorly, or their gender identities are not recognized. Both of these things happened to Cash:

When the Evansville Courier-Press reported on the arrest, it paraphrased the police report:

“Investigators noted in the arrest affidavit that Cash operates a known massage parlor in one of the spaces in the building where the shooting happened. Cash is a frequent poster on Backpage.com, an adult services website that police have expressed concern about in the past. […]

Johnny Dickens, Cash’s brother, says that his sister has been in a “committed relationship for twenty years.” He alleges that police are trying to portray his sister as a prostitute rather than as a transgender businesswoman who was targeted by a Christian extremist.

According to Courier news reports, there was initial confusion after the events as police reported that a “man” had been shot. Cash was able to describe the suspect in writing, whom she said was wearing an “Israeli-Christian” tee shirt. Lewis/Israel is being held on $5 million bond/$500,000 cash for attempted murder, robbery, and carrying a handgun without a permit.

This is where it would be helpful for the police to publicly acknowledge that Cash’s attacker committed a hate crime. Hate crimes don’t just target a person, but an entire class of people. They’re meant to intimidate, like small-scale terrorist attacks that send a threatening message to an entire community.

Hate crimes legislation, therefore, recognizes the multifaceted ways an act of violence can affect an entire community, and helps protect other members of that community who may be at risk. President Barack Obama even prioritized expanding hate crimes legislation toward the beginning of his presidency.

Despite all this information, police are not charging Lewis with a hate crime because Indiana is one of only five states in the country that do not have hate crimes protections in place. Indiana Gov. Mike Pence — who might just be our next Vice President — is a major opponent of hate crimes legislation:

“The president has used his position as commander in chief to advance a radical social agenda, when he should have used it to advance legislation that would unequivocally support our troops,” said [then-U.S. Rep.] Mike Pence, R-Ind., chairman of the House Republican Conference.

Pence also argued that the law could be used to curb free speech rights, such as with religions that consider homosexuality a sin.

Protecting people who are at risk has been a federal concern for at least the last seven years, but in states like Indiana, efforts to implement hate crimes laws are continually thwarted. This horrifying event could be a snapshot of the “values” that would govern a Mike Pence vice presidency: no recognition of populations that are routinely targeted, and no justice for those who experience such violence. Here’s hoping for a speedy recovery for Cash, and a speedy demise for the Trump/Pence campaign.

July 18, 2016
Jehovah's Witness Mother Sends Break-Up Card to Daughters: "Do Not Call Me. This is Non-Negotiable"
Next Post