10 Catastrophes That Could Cause the Extinction of Our Species July 18, 2016 Hemant Mehta

10 Catastrophes That Could Cause the Extinction of Our Species 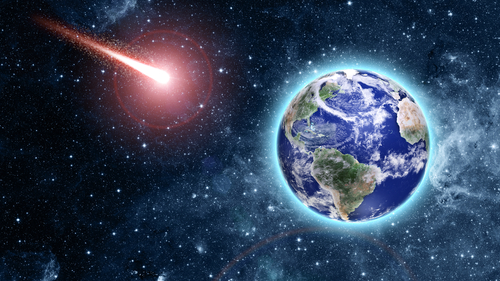 Do you remember from grade school how the dinosaurs died? A bloated assassin from the heavens barreled into Earth’s mantle with the force of 100 million megatons of TNT, releasing huge amounts of debris in the process. These debris made their way into the stratosphere and blocked out the sun, thereby causing the extinction of nearly all the dinosaurs.

(Note that some dinosaurs survived and evolved into birds. So, next time you have a chicken sandwich, you can just as accurately call it a “dinosaur sandwich.”)

This phenomenon is called an “impact winter,” and it could happen again if Earth’s orbit happens to intersect at just the right moment with the orbit of an asteroid or comet. The result would be famines, starvation, and perhaps even our extinction.

Fortunately, modern technologies could inoculate us against such a doomsday scenario. We could, for example, blow the asteroid to smithereens with nuclear weapons or redirect it past Earth with a spacecraft. Colonizing the solar system, galaxy, or universe could also protect us against an impactor: if one planet were destroyed, our species could continue living happily on another.

As some futurists have joked, the real reason the dinosaurs died out is because they didn’t have a space program. Let that be a lesson.

July 18, 2016
Joshua Feuerstein: If You Threaten a Cop, "I Will Shoot You Dead," Just As Jesus Told Me To
Next Post

July 18, 2016 Brother of Qandeel Baloch: I Killed Her Because "Girls Are Born to Stay Home and Follow Traditions"
"Many of those same folks use a model that says that the original supercontinent was ..."
Makoto The New Leader of a Major ..."
"There's always the Ur-Conspiracy. That's the conspiracy theory that all other conspiracy theories are deliberately ..."
Makoto The New Leader of a Major ..."
"If the preachers ever acquired the power they dream of, they would be killing one ..."
ORAXX This Group Uses Christianity as Justification ..."
"If you are looking for the kind of proof you get in a laboratory, working ..."
Rick O'Shea The White House Faith Office Met ..."
Browse Our Archives
What Are Your Thoughts?leave a comment