Since he has a lot of fans on this site, I’m happy to share this exciting news for Trae Crowder, a.k.a. the Liberal Redneck: He just signed a book deal along with two of his stand-up comedy friends! The Liberal Redneck Manifesto will be out this October. 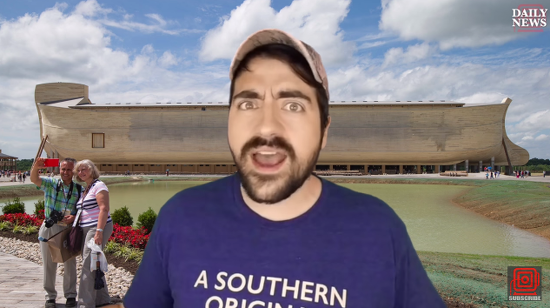 Atria Books told The Associated Press on Friday that the “The Liberal Redneck Manifesto” will come out Oct. 4, with Crowder joined by fellow satirists Corey Ryan Forrester and Drew Morgan. The three friends are currently on an 18-city tour. In a statement issued through the publisher, the three authors called their book “part carny sideshow,” part tribute to the South and part wake-up call for the whole country.

We’ll definitely have more information on the book when it comes out. Congratulations to those guys, though — I’m sure they’ll have fun mocking the very idea of writing a book for an audience that isn’t known for reading.