Republican Vice Presidential pick Mike Pence is about as staunch a conservative as you can imagine. There’s his opposition to abortion, minimum wage hikes, gun control, etc.

And yet, according to Politico, many conservative Christians are upset because he backed off from allowing Christian business owners to discriminate against gay people without limitation: 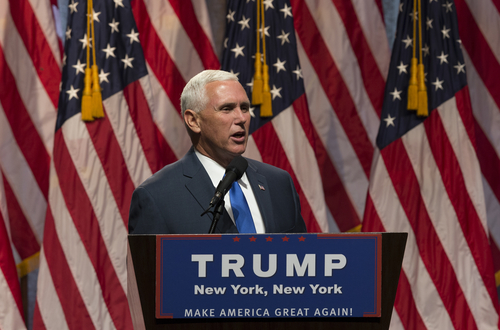 In 2015, Pence initially signed a Religious Freedom Restoration Act, or RFRA. He then backpedaled on language that critics feared could be discriminatory against gay people, but that some evangelicals felt was essential to defending religious freedom.

Social conservatives saw the move as a disappointment at best, and at worst, a betrayal — and some are still smarting over it.

In an interview in POLITICO’s Playbook earlier this week, conservative Iowa radio host Steve Deace, who helped Cruz win that state on the strength of support from the evangelical community, went a step further, declaring of Pence’s actions, “It was the worst we’ve ever been stabbed in the back by a Republican. It’s the worst I’ve ever seen.”

That’s an incredible statement. To put it one way, the “worst” way Christians were “stabbed in the back” by Republicans is when Pence, who initially signed a bill that would have allowed Christians to refuse service to gay customers, backed off and said Christians would still have to accept money from them.

Christians are upset with one of the most conservative governors in the country because he didn’t give them carte blanche to treat LGBT like second class citizens — and he only did that after intense public backlash.

I’ve said it before, but that’s how much power Christians have in this country. It’s not enough that they run every branch of government and have their beliefs enshrined into party platforms and national law (at least symbolically).

They want special rights that put their religious beliefs above other people’s civil rights.

And because Pence once backed down from that idea is enough for some conservatives to say he’s still not good enough for them.

The fact is: If the government treated Christians the same way Christians want to treat everyone else, we’d never hear the end of it. There would be a new God’s Not Dead film out every week.