Arkansas Pastor Dwain Miller has a warning for anyone out there playing Pokémon Go: It’s evil and demonic and you need to stay off his lawn.

It starts with him relaying a “true story” about a child whose life was ruined by the original Pokémon game. Which you know happened because pastors would never, ever lie… 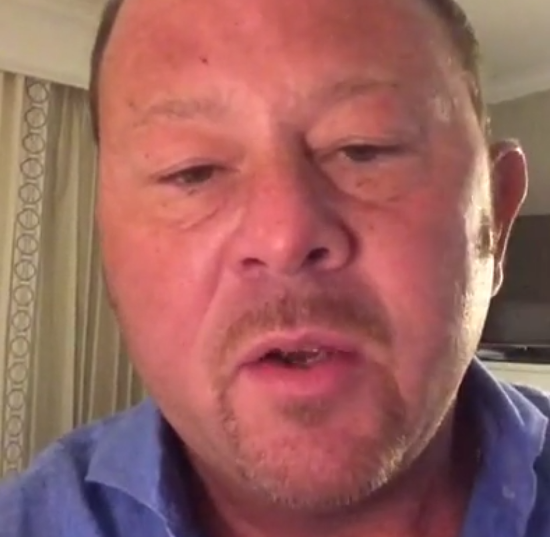 Probably a decade ago when Pokémon first came out — it was very big — I was called on three different occasions to deal with children who had become demon-possessed.

I was called to deal with a child who was so engrossed in Pokémon, the child literally become incapacitated. He could not walk, he could not speak, he had black soot running out of his eyes and his mouth and his nose, and we literally cast the demons out of this child…

The sad thing is that there are people who believe this story hook, line, and sinker… but show them President’s birth certificate and they’ll tell you he was still born in Kenya.

The ironic thing about Miller’s rant is that his church is a gym in Pokémon Go — which means it’s a popular hub for players to do battles. While some churches have embraced the opportunity as a way to reach new people, Miller’s not having any of it:

Someone has named my church facility/parking lot area a gym, whatever that is, where they are doing combat. I have to tell you: The Cross Life Church and Dwain Miller does not endorse Pokémon, and if you’re listening to me and you’re part of my church, you stop now and do not use our church and our property to promote this demonic issue.

I guess he doesn’t realize that no one “named” his church anything. If his church is a “gym,” it’s because it was a considered a popular enough place in the game that was essentially Pokémon Go’s predecessor.

A smarter man would tell players to come by his church — and stay for a service. Hell, a smarter pastor would put out cookies for the strangers coming by. But I guess that’s hard to do when you seriously believe people enjoying a game with fictional characters is the equivalent of inviting Satan to your house.