Why would any teachers in their right minds show the stereotype-heavy God’s Not Dead or the anti-evolution Expelled: Intelligence Not Allowed in their public school classrooms? 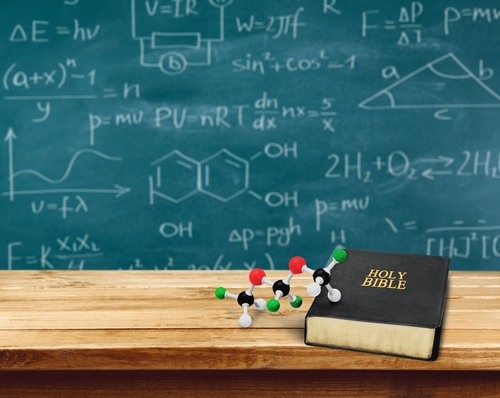 “Intelligent design is a religious belief, not a legitimate scientific theory,” Staff Attorney Sam Grover wrote to Central Heights Independent School District Superintendent Bryan Lee. “The district has a duty to ensure that ‘subsidized teachers do not inculcate religion’ or use their positions of authority to promote a particular religious viewpoint.”

The School District initially replied that the teachers were within their rights to show these movies, especially since they had given their students the right to opt out.

In its rebuttal letter last month, FFRF stressed that neither of the movies could be justified on any educational grounds and that allowing the students to opt out did not mitigate the situation. It urged Lee to enforce the “hard stance against any ‘proselytizing’ by teachers in the classroom.”

FFRF’s perseverance paid off. Just this week, it received a letter from the Central Heights Independent School District’s law firm stating that district staff members will be trained on First Amendment issues to educate them better on the separation of state and church.

It shouldn’t have taken that much work to convince teachers not to promote Intelligent Design in science class and Christianity in health class.

While FFRF feels this issue is now under control, I would urge you to read the last letter sent by the District. It’s not like administrators addressed the issue at hand. They didn’t say the teachers would stop showing the films in class or acknowledge what they did was wrong. They merely said teachers would be trained in Establishment Clause issues.

Unless the District understands why neither of those explanations are acceptable, it’s likely they’ll allow the same mistakes again in the future.

The one good thing is that there’s now a paper trail showing that the District is aware of the problem and they at least paid lip service to doing the right thing. If teachers break the law in the future, it becomes much easier to go after the District for allowing faith-based irresponsibility to rise up again.