During Donald Trump‘s official introduction of his running mate Mike Pence today, he bragged about how the Republican platform now calls for a repeal of the Johnson Amendment.

If that happens, it would be one of the biggest disasters in a campaign full of horrific ideas. 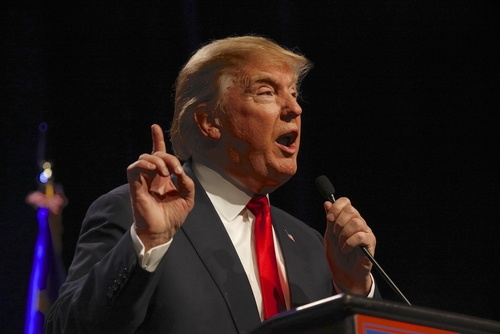 As it stands, the Johnson Amendment, passed in 1954, is the law that stops tax-exempt organizations like churches from endorsing candidates from the pulpit. If they want to play politics, they lose their tax exempt status. Or at least that’s what’s supposed to happen.

Conservative Christians have been trying to overturn that law for years. They’ve even started organized efforts to endorse candidates from the pulpit — hoping to get punished for it — so they can take this issue to court. (The Freedom From Religion Foundation sued the IRS for not taking action on pastors who openly promote politicians in church. The case was settled in 2014 with the IRS saying they would do their job. However, no churches have lost their tax exemptions yet.)

And now, overturning the Johnson Amendment is now a plank in the Republican platform, slated to be adopted by the GOP in the coming week.

Repealing the amendment was a priority of the Trump campaign in the GOP platform meetings this week in Cleveland. “They understand the importance of religious organizations and nonprofits, but religious organizations in particular which is what the Johnson Amendment affects, to have the ability to speak freely, and that they should not live in fear of the IRS,” said Tony Perkins, president of the Family Research Council, who is on the Republican platform committee. “That is a priority in the platform, and from the Trump folks, it is a priority of the campaign, and will be a priority of the administration.”

Evangelicals claim the Johnson Amendment stifles their free speech, but — wait for it — they’re lying. They’re welcome to say whatever they want from the pulpit. But they can’t play politics and not pay taxes at the same time. They have to pick one.

July 16, 2016
Why Are Evangelicals Not Bothered by Donald Trump's Obvious Hesitation Over Mike Pence?
Next Post

July 16, 2016 Texas High School Busted for Showing Pro-Christian and Anti-Evolution Films in Class
Browse Our Archives
What Are Your Thoughts?leave a comment