You atheists have no idea what you’re missing.

While you’re sitting around complaining about how prayer accomplishes nothing, there are miracles taking place at religious revival conferences all over the country! So many of them!

It’s astonishing, really, that every news outlet and scientist in the world isn’t trying to attend these events and obtain all the secrets. 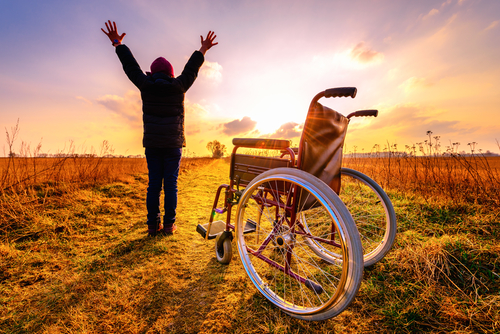 Luckily, we have Charisma‘s Jennifer LeClaire, who believes anything you tell her as long as you add “Jesus said so” after it, to tell us about these incredible events:

[Pastor Darren] Stott reports that a woman who had her breast removed in cancer surgery felt it growing back. He admits when the revival broke out, his team was both excited and terrified — they didn’t want to do anything to “mess up” what the Holy Spirit wanted to do.

“There were atmospheric miracles of pain, bleeding and joints being healed,” [president of the New Breed Revival Network Ryan] LeStrange reports. “On my last night there, a blind lady came down front with her arm in a sling. I prayed for her and told her to open her eyes. She said she was seeing dimly. We prayed again, and she could see clearly, and she took her arm out of the sling and started moving it.”

Then there’s the young woman who had been bedridden for 10 years who came from Utah. She was lying in the meeting on a cot and rose up and started moving her legs. Other reports from the Seattle Revival Center include people suddenly finding gold crowns in their mouth — there are photos to prove it.

No before and after medical records were released. No journal articles about the miracles were published. The photos that “prove it” are nowhere to be found. No one ever followed up with the patients to find out if their “healing” lasted beyond the conference.

But it’s published in Charisma. So it must be true.

July 16, 2016 Arkansas Will Allow Therapists to Discriminate for Religious Reasons
Browse Our Archives
What Are Your Thoughts?leave a comment