One of the most interesting stories that came out of Ark Encounter‘s opening day on July 7 was how small the crowd was. For a $100 million attraction, the lines were remarkably short well into the afternoon. Check out this picture taken at 1:00p local time:

And here’s our own Tracey Moody with the video:

We’re still waiting to hear official attendance numbers, but we do have proof that Creationist Ken Ham is trying to inflate perceptions of how popular his Ark really is.

Consider this: Two days before the Ark opened, Answers in Genesis had a ribbon-cutting ceremony attended by local politicians, public high school bands, and the media. It was very crowded, as you might expect, because AiG did everything they could to hype up the Ark before the “regular” customers showed up, and reporters were all too eager to get a glimpse of this monstrosity. (We at Friendly Atheist were denied a press pass. Can’t imagine why.)

Ham even celebrated the event on his website. Note the date of the article: July 6, a day after the preview event and a day before the official opening. 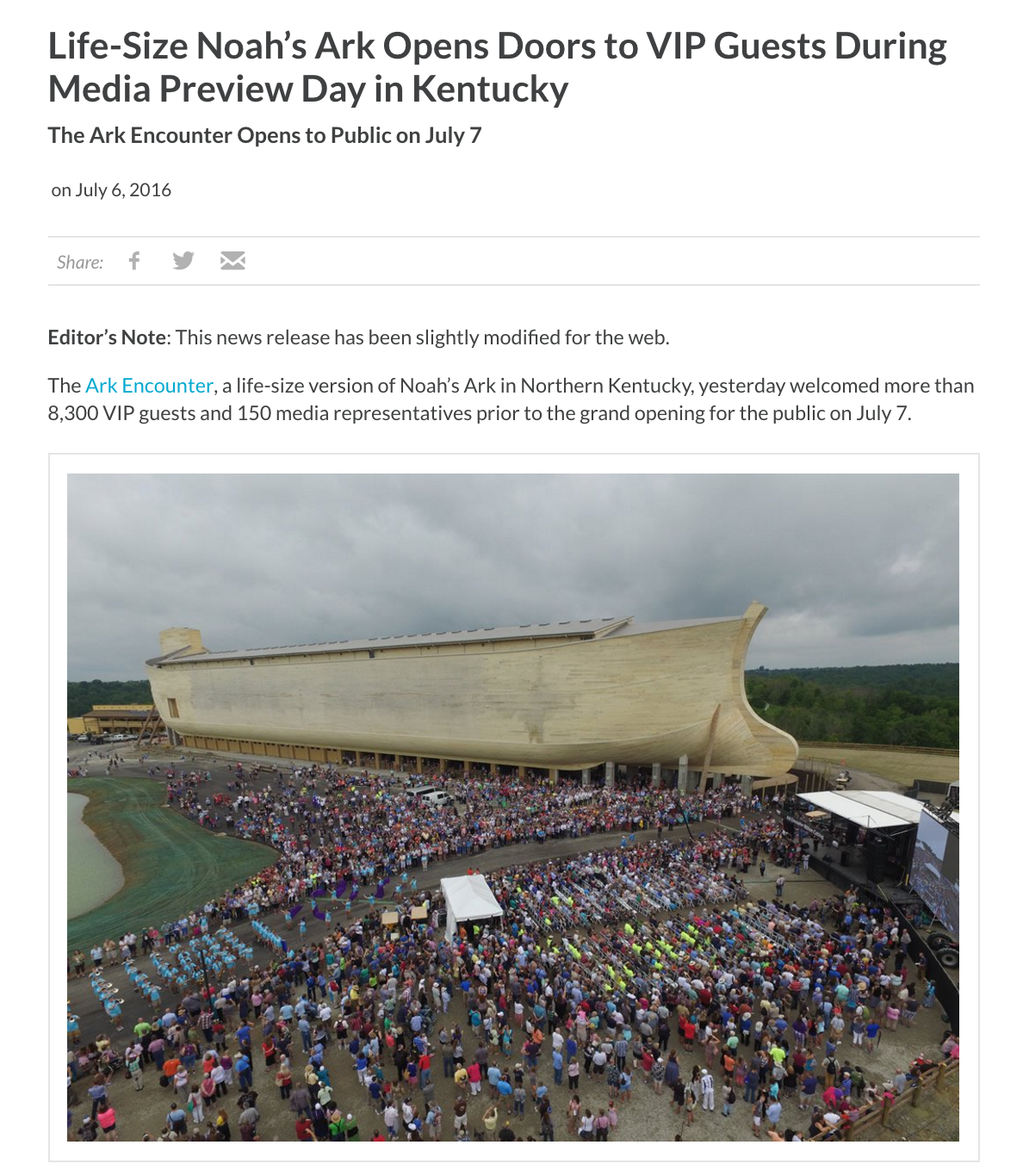 As you can see in the article’s image, there was a huge crowd on Media Preview Day.

Now check out this tweet Ham posted earlier today. He’s not just criticizing the atheist protest (which, regardless of participants, received an outsized amount of attention); he’s also comparing our crowd to the “Crowd at opening of @ArkEncounter,” suggesting that there were so many people lining up to enter the Ark on July 7. 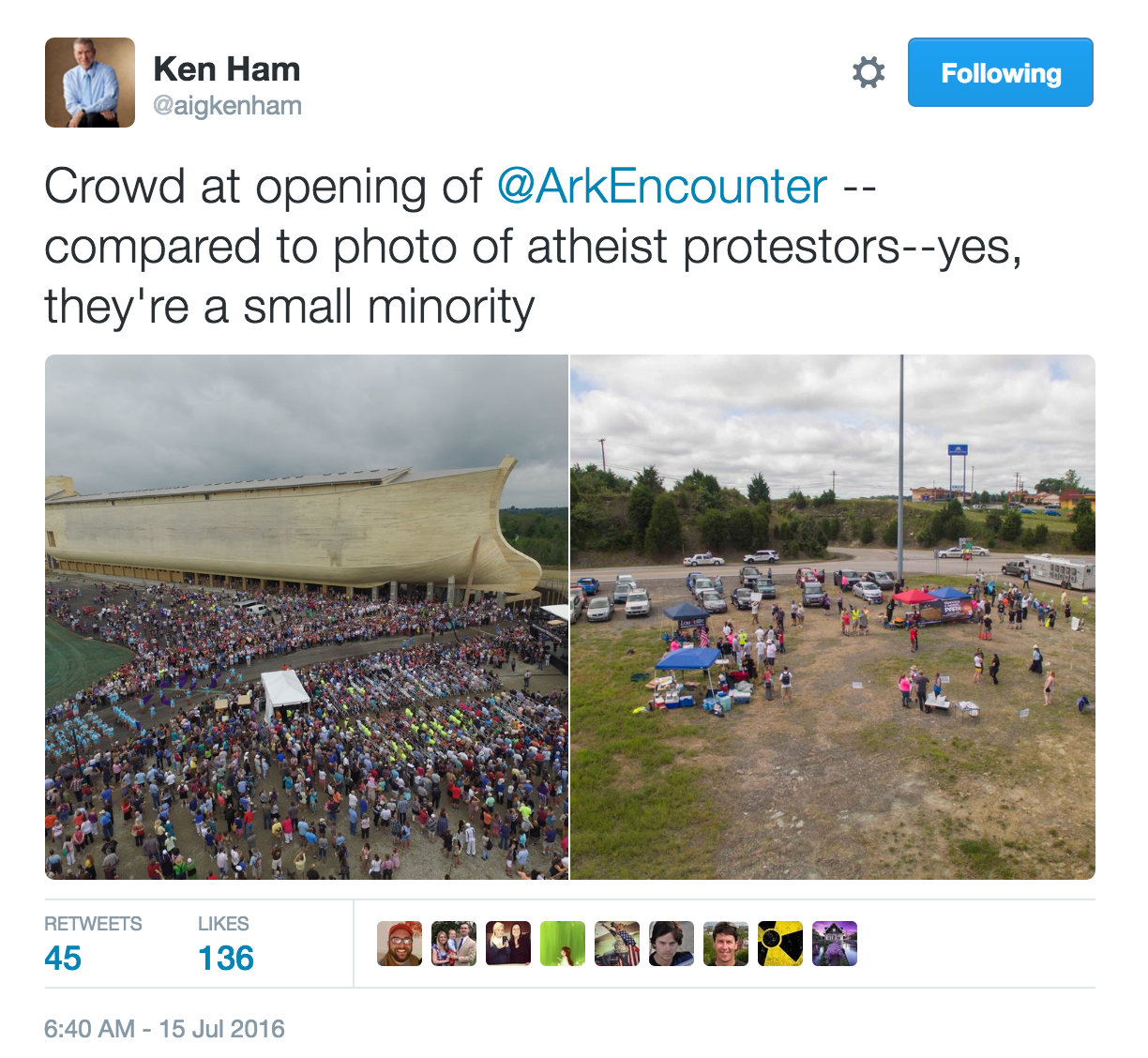 Crowd at opening of @ArkEncounter –compared to photo of atheist protestors–yes, they're a small minority pic.twitter.com/u7aQBiQ4Sh

Besides the fact that comparing the number of protesters (at some unknown random time of day) to the number of visitors at a $100 million attraction makes no sense at all, he’s using the same picture he already admitted was taken days before the Park’s opening.

There’s a reason Ham didn’t use a picture from Ark Encounter’s actual opening day: The attendance was abysmal. It didn’t meet anyone’s expectations.

Unlike Ham, however, we know better than to take a religious leader’s word for something.

All the credit for recognizing the deception here goes to @Ray_disComfort, who noticed the discrepancy and brought it to the public’s attention.

July 15, 2016
Illinois Village Takes Down "Bless the U.S.A." Sign After Christians Complain It's Not Godly Enough
Next Post

July 15, 2016 University of Westminster Hires Paid "Secular Adviser" to Help Counsel Non-Religious Students
Browse Our Archives
What Are Your Thoughts?leave a comment