Former pastor Ricky Scaparo wants you all to know that his kids won’t be getting anywhere near Pokémon Go. It’s obvious he doesn’t have a good reason for this, though. He just knows there’s a biblical reason to oppose it. 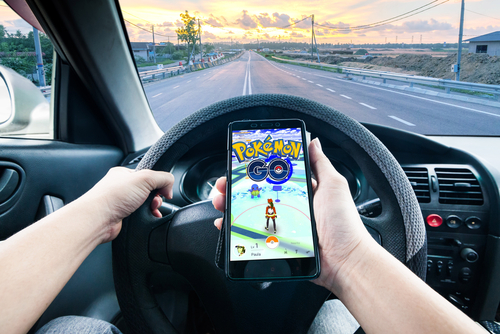 … finally there is the spiritual side of this game. As believers do we really want our children messing with games dealing with pocket monsters using special powers, and what about our teens who are able to drive? Do we really need more distractions for them while they are behind the wheel?

First of all, pocket monsters aren’t real. Neither is Cookie Monster, so I hope you don’t deprive your children of Sesame Street.

Also, if you’re worried about your kids being distracted by driving, a popular mobile app is hardly your biggest concern. There’s texting, dialing, calling, singing, talking to other passengers, eating food, doing makeup, etc. Flinging a Poké Ball is no worse than every other distraction that’s already out there. Those distractions were there before this game and they’ll be there after.

If you freak out because fictional characters scare you and you don’t want kids’ minds filled with nonsense when they’re supposed to be concentrating on something more important, then here’s an idea: Don’t introduce them to the Bible.

At least with Pokémon Go, they’ll get some exercise out of it.

July 15, 2016 Song-and-Dance Satanic Prayer in Pensacola (FL) Temporarily Disrupted by Angry Christians
Browse Our Archives
What Are Your Thoughts?leave a comment