Canadian Priest Charged with Fraud After Gambling Away Half a Million Dollars Meant For Refugees July 15, 2016 Hemant Mehta

A few months ago, Terry posted about a Catholic priest from Ontario who stole half a million Canadian dollars from a church fund ostensibly set up to help Iraqi refugees resettling in Canada… and then lost it all to gambling. 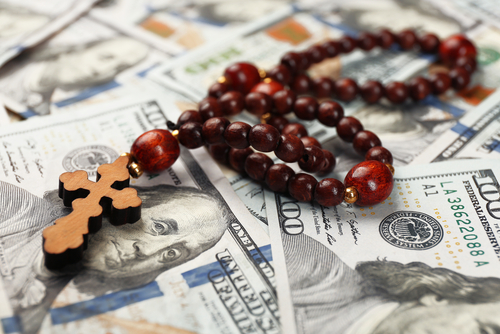 It took a while, but Father Amer Saka of St. Joseph Chaldean Catholic Church has finally been charged with fraud.

He deserves whatever punishment he’s going to get. It’s nothing new for a church leader to lie to the congregation — that’s a weekly requirement — but to take advantage of their generosity and withhold help from refugees? That’s despicable.

July 15, 2016 Three More Candidates for Statewide Office Announce Their Non-Theism Before the Primaries
Browse Our Archives
What Are Your Thoughts?leave a comment