The Australian Bureau of Statistics is preparing for the upcoming 2016 census and we’ve posted before about the wonderful change regarding the question about religion. When citizens are asked about their beliefs, “No religion” will be at the top of the multiple choice list instead of at the bottom.

But that change only makes a difference if people are willing to admit it. For many, being non-religious, even if it’s accurate, still carries a lot of stigma. And the Atheist Foundation of Australia is doing everything it can to encourage people who don’t believe in faith-based nonsense to just say that.

They just rolled out an advertising campaign… but it’s hitting some speed bumps along the way. 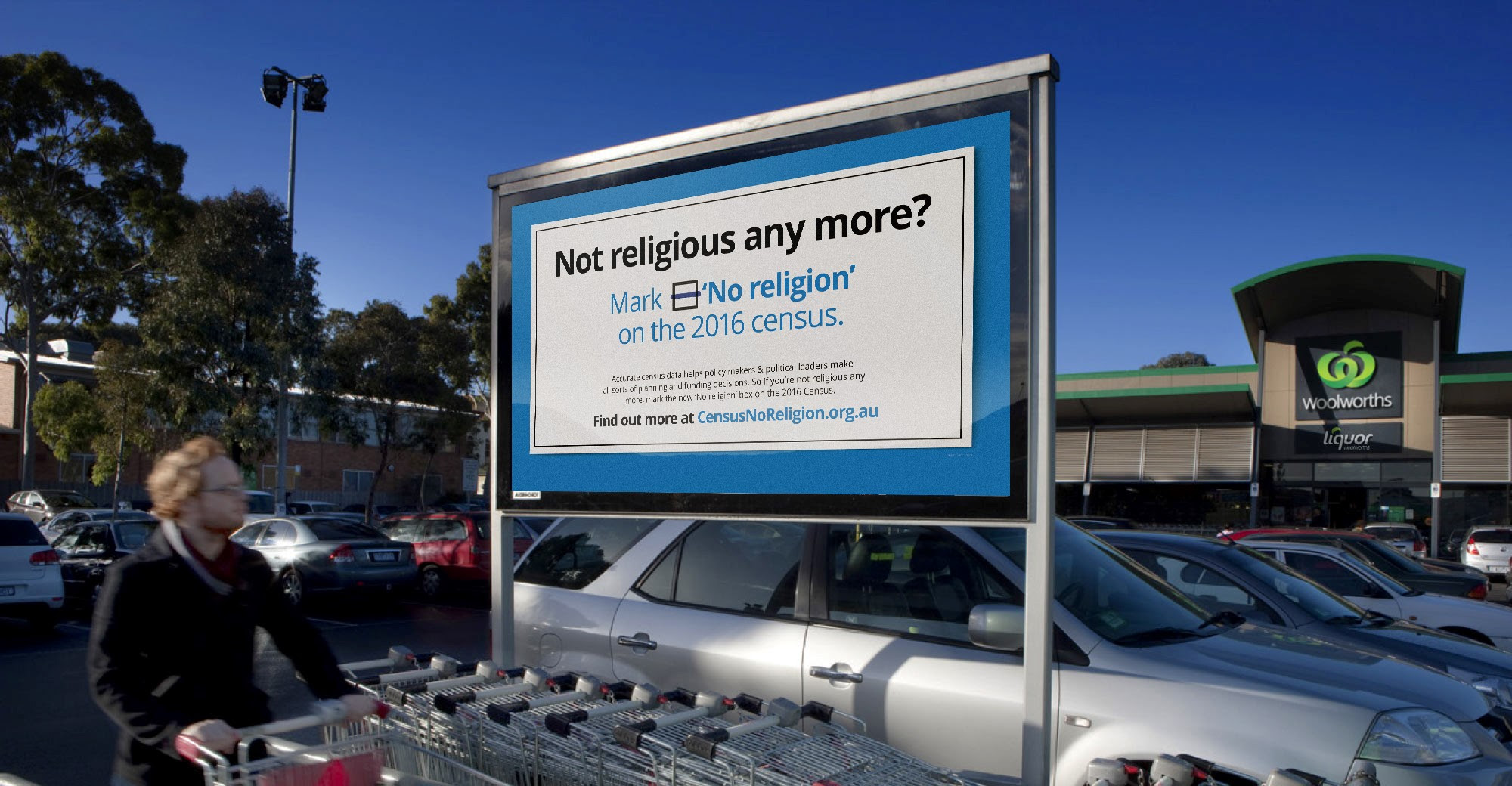 Campaigners urging Australians to mark “no religion” in next month’s national census claim their advertising has been rejected by major shopping centres across Australia.

The Atheist Foundation of Australia says Westfield and Stockland have denied the campaign advertising space because of fears the content may offend shoppers or investors.

A Stockland spokesman said the company did not permit any religious or political advertising within its shopping centres.

“We declined the request from the Atheist Foundation because the campaign relates to religious beliefs and public policy.” he said.

Westfield did not respond.

It’s a strange rejection… it’s like saying you’re not going to allow ads encouraging people to vote because that’s “too political.”

Australians will be able to fill out the census online on August 9. A paper option will also be available for those who request it.