The Big Question Lab: Why an Atheist Sunday School Makes a Lot of Sense

Over the past year, Nick Bohl (who works at the Humanist Hub) has been running something akin to a “Secular Sunday School” in Cambridge, Massachusetts.

If that sounds weird… well, he knows that. But he’s also confident that it’s a great idea that deserves to spread far beyond Massachusetts.

He just posted the first of what will be several videos discussing what this whole project — technically called the Big Question Lab — looks like. In this episode, he talks about the reason for having the program at all. 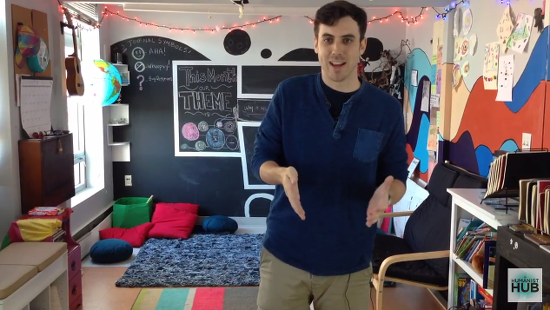 I love the concept and the brief glimpses of the classes look incredible. (Maybe that’s just me, staring at the baby, wishing I lived closer to Cambridge.) Future videos will go more in depth about what they’re doing, what Nick has learned, and how this idea can be implemented in other cities. So if you have questions, hold tight. They’ll be answered soon enough.

July 13, 2016 Christian Hate-Pastor's Upcoming "Soul-Winning" Trip to South Africa Is Being Blocked at Every Turn
"This is disturbing on so many levels!"
CorporalKlinger Baptisms at Many Evangelical Churches Are ..."
"Just make sure that they oppose abortions and being gay."
kelemi Polk Co. (FL) Will Let Chaplains ..."
"I’m a male, 66 years old, asthma sufferer and undead after a very severe allergic ..."
Len Evangelist: Your Circumcised Tithes Will Protect ..."
"That's all nice and good...but do you TITHE?!"
Ondřej Čtrnáct Evangelist: Your Circumcised Tithes Will Protect ..."
Browse Our Archives
What Are Your Thoughts?leave a comment