David Madore is the Clark County (Washington) councilor who thinks evolution is a joke and posted two original, awful anti-science poems on his Facebook page earlier this year.

Madore is currently running for re-election and he got an endorsement that’s raising eyebrows at the Freedom From Religion Foundation because it comes from Bill Gibbons, Superintendent of Cornerstone Christian Academy. Not Gibbons, the private citizen, mind you. He made explicitly clear he was representing his school as he made his endorsement: 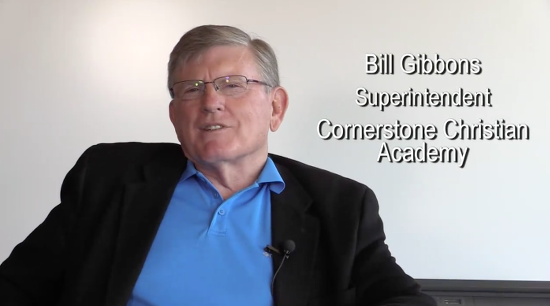 FFRF says in a letter to the IRS that this sort of improper politicking between 501(c)(3) non-profit groups — including religious schools — and people running for public office is illegal. They’re calling for an “immediate investigation” into the matter:

The entire video, and especially his comment that “[David Madore] needs your support; he needs your help,” effectively served as an endorsement. This endorsement violated the 501(c)(3) tax-exempt rules, which prohibit electioneering.

FFRF respectfully requests that the IRS commence an immediate investigation of Superintendent Bill Gibbons and Cornerstone Christian Academy. The IRS should take appropriate action to remedy this violation of 501(c)(3) regulations.

The IRS has never taken action on church leaders who endorse candidates from the pulpit — or from their home while acting as a church leader — though they assured FFRF in a 2014 settlement that they would finally do their job and look into these matters in the future.

It’s time for them to uphold their promise and revoke this school’s tax exemption.

July 13, 2016 A Voting Glitch Almost Kept This Church From Approving Marriage Equality
Browse Our Archives
What Are Your Thoughts?leave a comment