Over the course of two days, the Anglican Church of Canada supposedly rejected a resolution allowing marriage equality… but then reversed that decision. 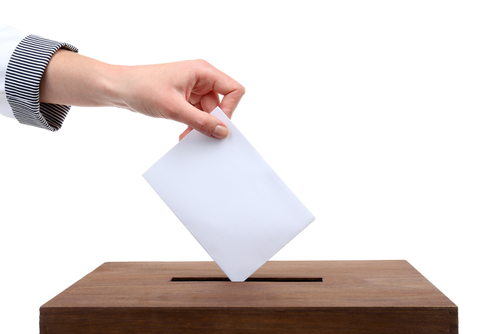 More than 200 delegates gathered for the church’s general synod last week, in part to decide whether the church would allow same-sex marriages. On Monday, it was announced that the resolution had failed by a single vote. But the next day, members stood up to say their votes hadn’t been counted properly, leading church officials to a recount — and a reversal of the original decision.

Delegates requested a detailed hard copy of the electronic voting records, which led to a recount. Archbishop Fred Hiltz, primate of the church then declared the resolution in favour of same-sex marriage passed, a resolution that aligns with secular Canada, which legalised same-sex marriage in 2005.

In order for the resolution to pass, it requires two-thirds support from each of three orders — the lay, clergy and bishops.

Meghan Kilty, the director of communications for the Anglican Church of Canada said on Tuesday 155 delegates voted in favour of the resolution and 68 against it, with three members abstaining from the vote.

The decision has been widely celebrated, but just as heartwarming is the solidarity and empathy church members showed when they thought the resolution hadn’t passed:

The initial outcome on Monday night, which followed a bitter and divisive debate, stunned those on hand into silence. Some wept openly, others embraced. Some were clearly in anguish.

Before the vote recount on Tuesday afternoon, Toronto’s archbishop on Tuesday joined several other prominent clergymen who said they would bless same-sex marriages in defiance of the narrow vote.

The Anglican Church is the third-largest church in Canada, and Anglican bodies in other countries (including the United States) have also made progress in affirming same-sex relationships and marriage equality. There’s still a long way to go, but every decision like this is a step toward religious institutions respecting all people, no matter who they love.

July 13, 2016 Giant Ad for God's Not Dead 2, Outside GOP Convention, Rejected for Being "Way Too Incendiary"
Browse Our Archives
What Are Your Thoughts?leave a comment