As Republicans put the final touches on their 2016 party platform, there may be an extreme new addition, courtesy of anti-LGBT zealot Tony Perkins.

Perkins recently met with Republican National Committee chair Reince Priebus, where they reportedly discussed anti-LGBT provisions in the party platform. On Monday, RNC subcommittee members (including Perkins, one of the two representatives from Louisiana) voted to approve a plank that embraces “conversion therapy,” the traumatizing and ineffective practice of attempting to change a person’s sexual orientation or gender identity. 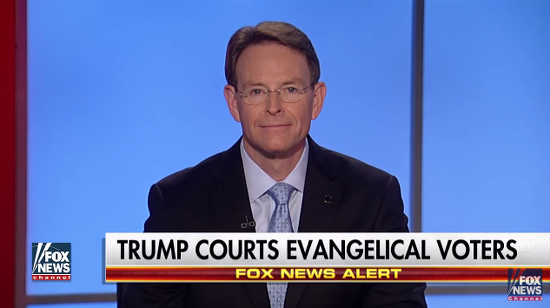 The plank will have to go through two more rounds of voting by other RNC members before becoming an official component of the platform.

Several states have banned the practice among minors, and at least one court has labeled the practice consumer fraud. The American Medical Association and most other multi-national medical organizations have denounced the practice as well.

Virtually every major medical association has spoken out against the practice, and many survivors have shared stories of how conversion therapy harmed them. Even some of the biggest advocates for ex-gay therapy have stepped away from it in recent years, acknowledging that it doesn’t work and that it hurts more than it helps.

After 37 years, Exodus International, an organization whose mission was to “help” gay Christians become straight, is shutting down. But not before issuing an apology.

“We’re not negating the ways God used Exodus to positively affect thousands of people, but a new generation of Christians is looking for change — and they want to be heard,” Tony Moore, an Exodus board member, said Wednesday.

The announcement comes less than a day after Exodus issued a wide-ranging apology to the gay community for “years of undue judgment by the organization and the Christian Church as a whole,” a statement from the group says.

Despite this, some Republicans believe causing long-lasting harm to LGBT people, especially youth, should be a political priority. And let’s not forget how messed up it is that Republicans are taking advice from Perkins, who happens to be the president of a bona fide hate group.

Earlier Monday morning subcommittees voted for amendments that call for to the Bible being taught in schools, and transgender people to use the restroom of the gender they were assigned at birth, and voted to keep a call for a ban on same-sex marriage in their 2016 national platform.

Even the experts on ex-gay therapy say that it’s a waste of time, but Republicans aren’t giving up on trying to fundamentally change LGBT people. That speaks volumes.

July 12, 2016
Ray Comfort: We Can't Give Atheists Political Power Because They Slaughter People
Next Post

July 12, 2016 Ignorant Christian Author Doesn't Understand Why Atheists Care So Much About Religion
Browse Our Archives
What Are Your Thoughts?leave a comment