You may have heard by now that Bill Nye toured Ark Encounter with Creationist Ken Ham by his side this past Friday (a day after the park opened).

If you read Ham’s version of the story, it’s really a rehash of their evolution/Creation debate. Ham focuses on how he supposedly introduced Nye to the Gospel while pushing this absurd idea that they “have… two different interpretations of the same evidence because of our different starting points,” as if assuming the Book of Genesis is fact is a valid starting point.

Thankfully, there’s another side to this story. The filmmakers behind The Bill Nye Film were also there to film Nye as he visited the Ark (and the Creation Museum days earlier). They just posted some stills from the film on their website and I think these two capture it all: 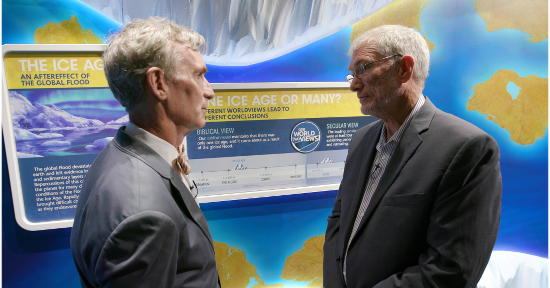 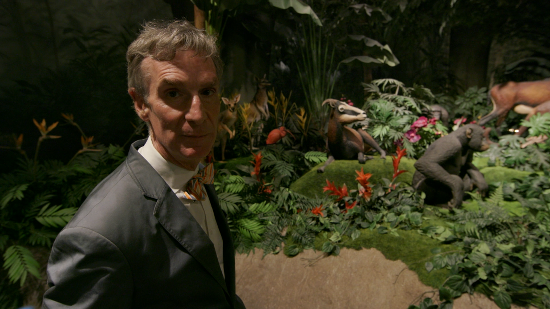 The whole film should really be two hours of Nye face-palming pseudoscience.

In case you’re interested, you can still support the film on the website. I can’t wait to see the final product.

July 11, 2016
Does Donald Trump Agree With Anti-LGBT Religious Leaders or Not?
Next Post

July 11, 2016 South Carolina Megachurch Pastor Perry Noble Fired Over Alcohol Abuse and "Posture Toward Marriage"
Browse Our Archives
What Are Your Thoughts?leave a comment