Pastor Perry Noble of NewSpring Church in South Carolina is best known outside his community for the awful things he says that later go viral.

Like the time he said, “Maybe there would be less homosexuality in the world today if there were less greedy Christians who actually cared enough to tithe and spread the gospel.”

Or the time he called his own church members jackasses if they wanted to go “deeper” into the Bible — because they probably don’t tithe enough, anyway.

Or the time he called church members stupid if they didn’t give him (*ahem* I mean, God) money:

Or the time he offered advice on how to overcome your financial difficulties, with the #1 step being giving him (I mean God) your money. 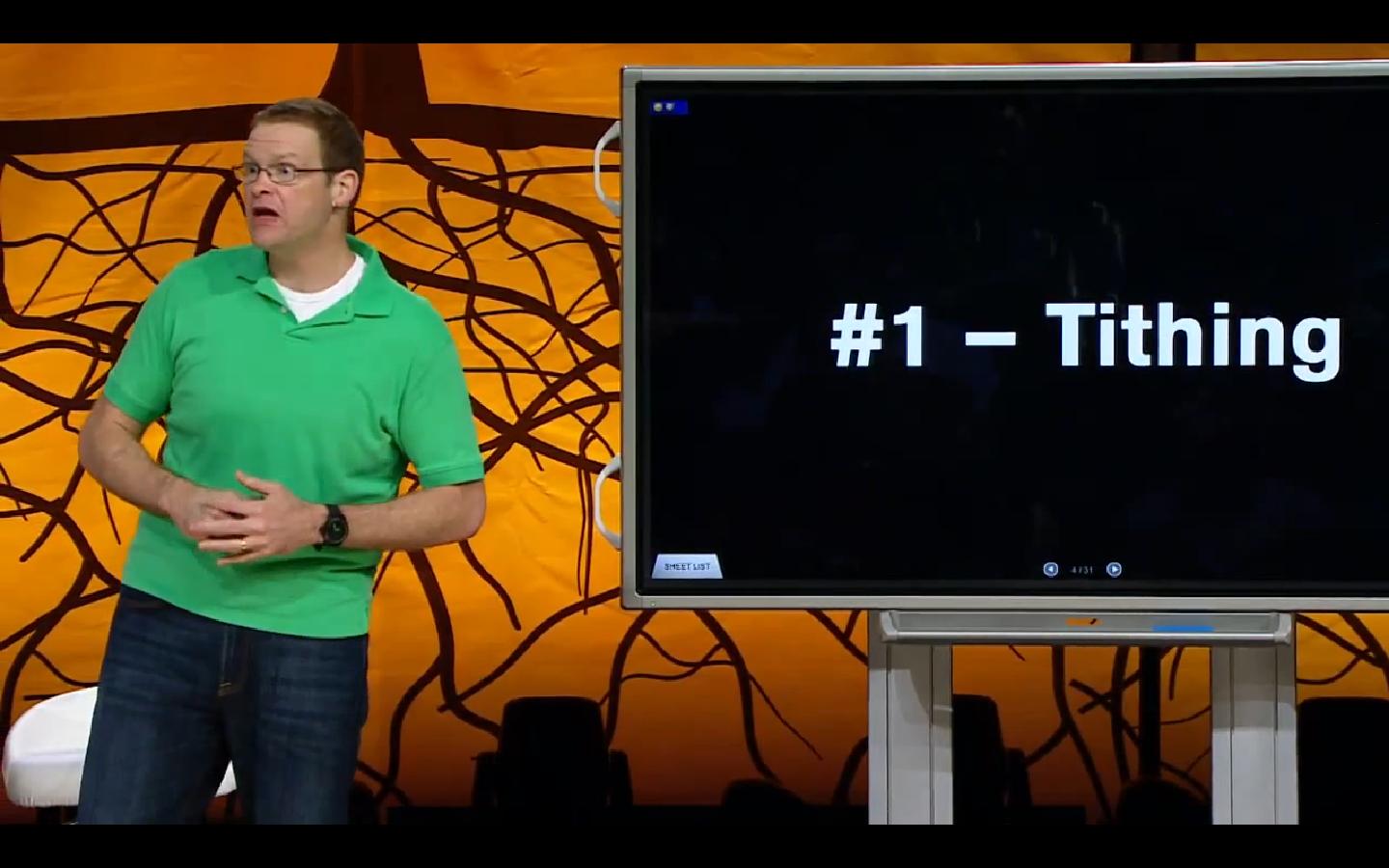 Or the time he casually dropped the N-word in a sermon.

Or the time he said the Ten Commandments weren’t really “commandments” at all.

I bring this all up because his church made a shocking announcement over the weekend: Noble had been fired as senior pastor, effective from the beginning of the month:

The NewSpring Board of Directors, [Executive Pastor Shane] Duffey said, made “a difficult and painful decision” to remove Noble, adding that the founder was “no longer qualified to serve as pastor” at the state’s largest church.

Duffey said the termination came after Noble “had made unfortunate choices and decisions that have caused much concern” among board members, who had confronted Noble more than once in recent months about his alcohol use and his “posture toward marriage.”

Noble said in his own personal statement:

In my opinion, the bible does not prohibit the use of alcohol, but it does prohibit drunkenness and intoxication. I never had a problem drinking alcohol socially, but in the past year or so I have allowed myself to slide into, in my opinion, the overuse of alcohol. This was a spiritual and moral mistake on my part as I began to depend on alcohol for my refuge instead of Jesus and others. I have no excuse — this was wrong, sinful and I am truly sorry.

If that’s the real — and only — reason he’s been fired, then I wish him the best in his recovery. And I hope he gets evidence-based, secular help instead of going through some worthless Josh Duggar-style faith-based program.

Based on the things he’s said in the past, though, it’s more surprising he hadn’t been kicked out already. He may have been a hero within his church walls, but he was a laughingstock outside of it.

The bright side to all this, for Noble, is that a door remains open for a grand return after his treatment. Whether he’s on stage at church or just writing a book about his rehabilitation, he’ll be able to say Jesus helped him make a comeback and that’s a guaranteed money-making sales pitch in the Christian world.

July 11, 2016
These Stills Capture Bill Nye's Reaction to Ark Encounter and the Creation Museum
Next Post

July 11, 2016 Meet the "Mama Dragons": Mormon Moms Protecting Their LGBT Kids From Within The Church
Browse Our Archives
What Are Your Thoughts?leave a comment