Remain Loyal to Jehovah… or Else

In his latest video picking apart the messages coming out of this summer’s Jehovah’s Witnesses regional conferences, Lloyd Evans explains and analyzes a set of speeches all about remaining loyal to Jehovah. 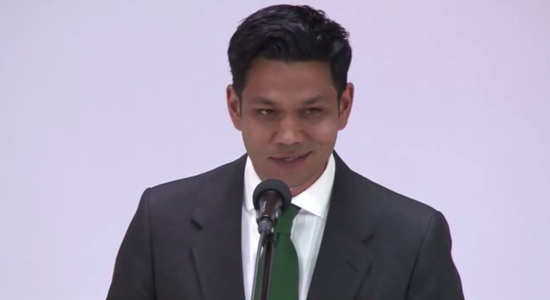 Because there were several speeches, let me just quote a few summaries from Evans:

The main thrust of [Cameron] Haynes’ talk, as evidenced by the dramatization video, was to remind Witnesses not to speak against the elders. Apparently, no matter how poorly-behaved your elders are, if you have a grievance against them the last thing you should do is discuss this with others. After all, elders answer only to Watchtower, and not those they are appointed to serve.

The speaker used in the official convention footage, Reginald McCoy, seizes his opportunity to remind the audience that being a Jehovah’s Witness is indeed better than one’s very existence.

After reminding Witnesses of the importance of keeping their medical documents signed and up-to-date (heaven forbid they don’t get second thoughts when the time comes), [Jared] Gossman urges them to make the ultimate sacrifice if called upon to do so: “How sad it would be [if] in an effort to extend our life just temporarily we sacrifice our loyalty to Jehovah and lose out on life for an eternity.”

By their logic, loyalty to Jehovah takes precedence over the relationships with your friends, the allegiance to your family members, and even your own life. Common sense be damned.

This is part 5 of Evans’ recaps of these conference videos.

Part 4 was about Ethan, a man whose life is hit with disaster after disaster as he clings to his JW religion. It also included another propaganda film.