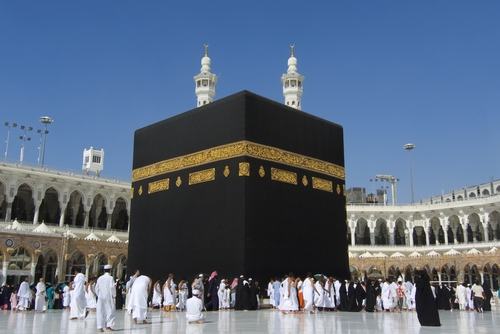 In articles and television appearances, he argued that much of what Saudis practiced as religion was in fact Arabian cultural practices that had been mixed up with their faith.

There was no need to close shops for prayer, he said, nor to bar women from driving, as Saudi Arabia does. At the time of the Prophet, women rode around on camels, which he said was far more provocative than veiled women piloting S.U.V.s.

He even said women had to cover only their faces if they chose to. And to demonstrate the depth of his own conviction, Mr. Ghamdi went on television with his wife, Jawahir, who smiled to the camera, her face bare and adorned with a dusting of makeup.

Turns out other Saudi officials didn’t like that at all. While some of the reforms he suggested were later adopted and liberals in the country quietly agree with him, the people who adhere to Wahhabism — ultra-conservative Sunni Islam — are still the dominant force. If you cross them, you do so at your own peril.

And by the way, take that idea of “liberal” Saudis with a grain of salt. This passage by reporter Ben Hubbard shows that the word means different things to different people:

Officials I spoke with were upset by the kingdom’s increasingly troubled reputation abroad and said over and over that they supported “moderate Islam.”

But what exactly did they mean by “moderate Islam”? Unpacking that term made it clear how wide the values gap is between Saudi Arabia and its American ally. The kingdom’s “moderate Islam” publicly beheads criminals, punishes apostates and prevents women from traveling abroad without the permission of a male “guardian.”

Don’t even ask about gay rights.

It just shows you that Saudi Arabia is no place for non-Muslims. Hell, it’s no place for Muslims who disagree with a particular interpretation of the Qur’an, one that says the world is divided into True Believers and infidels.

But it also shows that some Saudis are ready for a change. Even they’re sick of what their country has become known for.

July 11, 2016
Snellville (GA) Police Department: We Should Live Under the "Rules of Law of God"
Next Post