Bill Nye‘s speech from last month’s Reason Rally is now available online and it’s a strong reminder of the challenges still ahead of us.

Nye spoke about Ark Encounter (which he added would never have received state funds if it was called the “Mosque Kiosk”), Donald Trump, renewable energy, and the need to raise scientifically literate and critically thinking children. 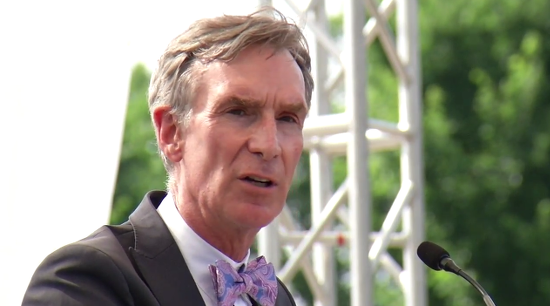 Without necessarily saying how to vote, Nye encouraged the crowd to make their vote count because there’s too much at stake by sitting out or voting out of spite for a candidate whose party has so little respect for science.

Everybody this year, no matter what happens, please take the environment and climate into account when you vote.

If any other parts stand out to you, please leave the time stamp and summary in the comments!