Philadelphia Archbishop: Remarried Couples Should Be “Like Brother and Sister” and Abstain From Sex July 8, 2016 Camille Beredjick

Philadelphia Archbishop: Remarried Couples Should Be “Like Brother and Sister” and Abstain From Sex

In order to be welcomed into the Catholic Church, Philadelphia residents who are remarried must follow two rules: they have to abstain from sex, and they have to treat each other “like brother and sister.” 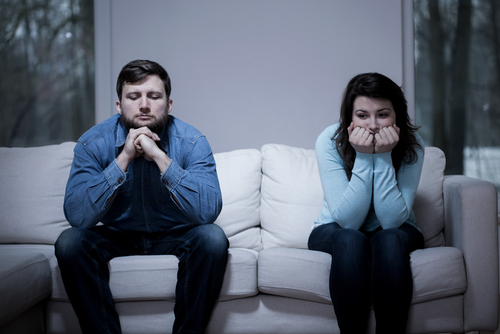 That’s according to new guidance from the city’s Archbishop Charles Chaput, who apparently views second marriages as sibling-like relationships:

While divorced and remarried couples should be welcomed by the Catholic community, and not be seen as outside the church, the archdiocese said they are required by church teaching to refrain from all sexual intimacy.

“This applies even if they must (for the care of their children) continue to live under one roof. Undertaking to live as brother and sister is necessary for the divorced and civilly remarried to receive reconciliation in the Sacrament of Penance, which could then open the way to the Eucharist,” the archdiocese said.

Chaput’s guidelines also suggested that people with same-sex attraction bring “moral confusion” into their communities and should try to have a heterosexual marriage and children, anyway — or at the very least restrain from same-sex sexual behavior:

In its examination of homosexuality, the Philadelphia guidelines state that two people in an “active, public same-sex relationship, no matter how sincere, offer a serious counter-witness to Catholic belief, which can only produce moral confusion in the community.

“Those with predominant same-sex attractions are therefore called to struggle to live chastely for the kingdom of God. In this endeavor they have need of support, friendship and understanding if they fail,” the rules state.

“Often cohabiting couples refrain from making final commitments because one or both persons is seriously lacking in maturity or has other significant obstacles to entering a valid union. Here, prudence plays a vital role. Where one or another person is not capable of, or is not willing to commit to, a marriage, the pastor should urge them to separate,” the guidelines state.

If the cohabitating couple seems ready to tie the knot but is just a bit slow, the priest should encourage them to practice chastity.

“They will find this challenging, but again, with the help of grace, mastering the self is possible — and this fasting from physical intimacy is a strong element of spiritual preparation for an enduring life together,” it said.

The guidelines, which took effect on 1 July, come three months after Pope Francis urged bishops to be more accepting of Catholics who lived outside of the church’s social teaching and doctrine, including people who have divorced and remarried, and people in same-sex relationships. The pope’s views were published in April in a document titled Amoris Laetitia (Joy of Love), which was hailed as potentially groundbreaking. Because the document called on bishops to show greater mercy and flexibility to bring Catholics back to the church, while also calling on bishops not to veer from church doctrine, it was seen as giving both traditional and more progressively minded bishops the chance to interpret the document as they saw fit.

Chaput is well-known as an extremely conservative Catholic leader, so his interpretation of the Pope’s guidance isn’t surprising. But once again, it goes to show that vague advice on how to treat LGBT people, divorced people, and others isn’t good enough. When you leave something open to interpretation, conservative leaders will interpret it the way they want to — and that’s often bad news for many people.

July 8, 2016
The Company Behind Pokémon Go is Inadvertently Sending a Lot of Players to Church
Next Post

July 8, 2016 Airbnb Host Cancels Gay Man's Booking Because LGBT People Are "Against Humanity"
Browse Our Archives
What Are Your Thoughts?leave a comment