For Raping a Pre-Teen Boy With a Crucifix, Irish Priest Will Get At Most Two Years In Jail July 8, 2016 Terry Firma

For Raping a Pre-Teen Boy With a Crucifix, Irish Priest Will Get At Most Two Years In Jail

An Irish ex-priest can thank his lucky stars — or God — that when he raped a young boy in the early 80s (including at least one time with a crucifix), the law that applied at the time would give him two years in jail at most.

The crime was one in a string of assaults on children perpetrated by Father Tony Walsh. Walsh is currently serving time for some of those other offenses. The repeated rape of the boy, who was between 10 and 13 when the abuse occurred, will add no more than two years to Walsh’s time behind bars.

Former “singing” priest Tony Walsh faces a maximum sentence of two years in prison for raping a boy with a crucifix, a court has heard. Anthony Walsh (62) committed the offense and two other rapes of the same victim before the Criminal Law (Rape) Amendment Act came into effect in 1990, meaning that the maximum penalty the judge can impose on each offense is two years. 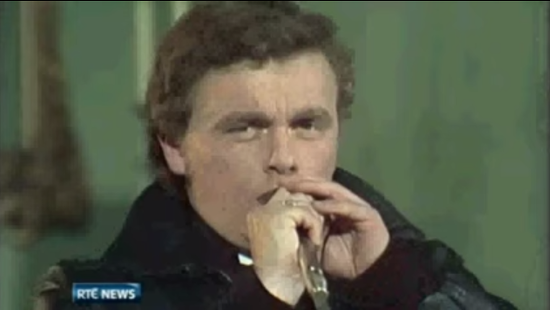 He is charged with indecent assault as that was the offense which existed at the time. He forced the child to have sex twice, once in the parochial house in his parish and on another occasion in a tunnel under the Phoenix Park. He also used a crucifix to rape the boy.

As I understand it, Walsh will get to serve the three new sentences, one for each proven instance of sexual abuse, concurrently.

Walsh told the jury during the trial last month that he never knew the boy and said he never assaulted him.

A jury of his peers didn’t buy it, and for good reason.

The jury of two women and ten men returned verdicts of guilty on all counts after approximately one hour of deliberation following a three day trial.

On Monday Garda Tara Corrigan told Fiona McGowan BL, prosecuting, that Walsh has 17 previous convictions, from 1995 to 2015, for indecently assaulting young boys and one girl.

Walsh fought two trials and pleaded guilty to the other offenses. He is currently serving a sentence and is not due for release until 2021.

It would be a gross understatement to say that, as usual, the Catholic Church dealt indecisively with Walsh once his child-buggering came to light.

During the trial Walsh told the jury that his offending in relation to children started in 1980 and continued to 1986. He said a number of the children told their families what was happening and he was called in by the Archbishop in 1986. He said he was sent for six months treatment in the UK and on his return home he was made a hospital chaplain.

He said he first came to garda [police] attention in 1995 in relation to one incident. In 1997 he pleaded guilty to offenses involving five boys in the period 1980 to 1986. Asked why he pleaded, Walsh replied “because I was guilty”. He was sent to prison for ten years initially and this was reduced to six years on appeal. He was released in 2002.

It’s anybody’s guess whether more victims will come forward. Such bravery on their part can produce frustratingly meager results. I mean, twenty-four months in jail for three rapes? If that’s earthly justice, it’s almost enough to make me wish for the retributive whoop-ass unleashed by the God of the Old Testament.

By the way, Tony Walsh was known as the “singing priest” because he was, at one time, an avid Elvis impersonator.

I bet he was better at that than at impersonating a human being.

July 8, 2016 Here Are the "Enemies of Equality" Spending Millions To Fight LGBT Rights
"Well, yes, but only because my Depends are to tight."
jomicur E.W. Jackson: God, Please Let Biden ..."
"No one gonna post it? OK, I will.To P-ass-tor Shane Vaughn...https://imgur.com/gallery/w..."
NOGODZ20 MAGA Cultist Pastor: The COVID Relief ..."
"Can you walk like an Egyptian?"
larry parker E.W. Jackson: God, Please Let Biden ..."
"YOU TAKE THAT BACK! NOW!"
BensNewLogin Son of “Shaking Head Prophetess” Admits ..."
Browse Our Archives
What Are Your Thoughts?leave a comment