About a week ago, I posted about a Christian writer, Jennifer Mayers, who claimed that a Texas woman who shot and killed her daughters did so because they were dating black men (mixing the races against God’s will).

It was completely over the top… yet not entirely outside the realm of Christian absurdity. After all, we’re not even a month out from three pastors celebrating the deaths of 49 LGBT people at an Orlando gay nightclub.

If you’re wondering, I’m convinced she’s a troll. There’s a lot of evidence to suggest this, the least of which is that her blog, which has already received so much attention, was only created a couple of weeks ago. As if she was preparing to say outlandish things as soon as possible. (The complete lack of contact information is also a giveaway.)

She has continued to write attention-grabbing posts. Even yesterday, following the tragic shooting of Alton Sterling in Baton Rouge, Mayers said this:

This is why I do not travel to the bad neighborhoods. I am not familiar with the particular store that Alton was committing his illegal activity at, and probably with good reason. If he needed to sell counterfeit products that badly I can only assume it was because his Obamacare wouldn’t cover the cost of his expensive gold grill and nice Polo shirts. It nauseates me to even ponder the thought.

This is why I do not associate with poor people or blacks. I treasure my life, and I simply refuse to put myself into these types of situations around people who have no regard for the law or the GODLY way of life.

That came after an older post which included the line, “here come the blacks out of their cages like pigs in a barn.”

It’s the kind of racist, un-Christ-like sentiment that even traditional Christian bigots would walk away from.

As people are searching through her social media, there’s plenty to latch onto. This is the image I was seeing everywhere online yesterday: 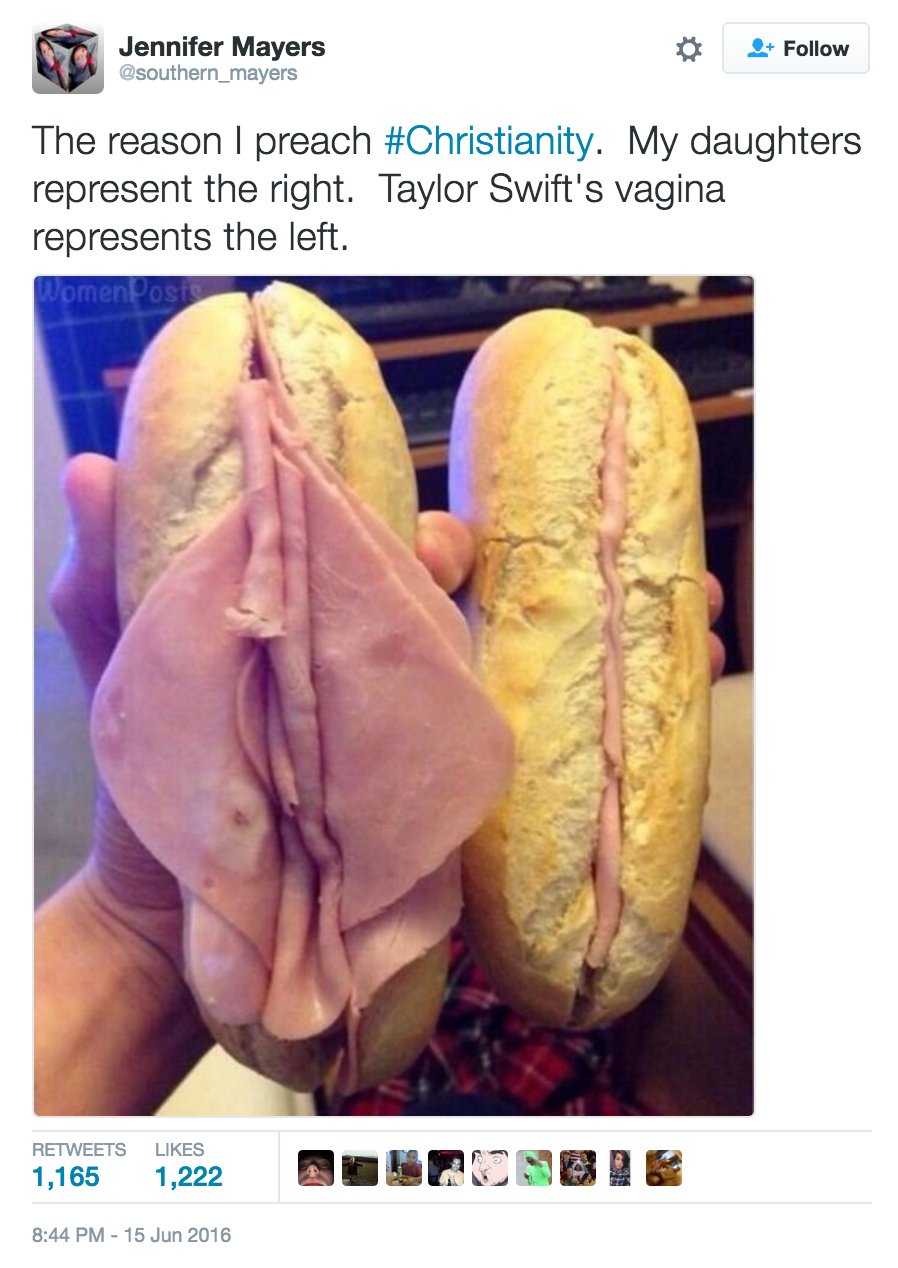 It’s too much. It’s clearly fake. The question I’ve been trying to figure out — unsuccessfully so far — is who’s behind it all. If this is indeed a parody, who created it? Who out-bigoted Westboro Baptist Church and Steven Anderson?

I would love to know.