Comedian Sarah Silverman just got out of the hospital after a severe case of epiglottitis, a serious throat infection.

In a Facebook post where she wrote that she was “insanely lucky to be alive,” Silverman thanked everyone who helped her through the process, including her doctors, nurses, technicians, and orderlies — basically everyone except God, who played no role in the process whatsoever. 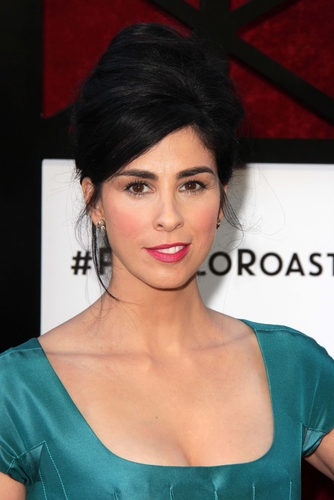 It’s almost refreshing to see the credit go to those who actually deserve it.

It’s not quite as blunt as when Silverman accepted an Emmy Award by saying, “We’re all just made of molecules, and we’re hurtling through space right now,” but the point is all the same.

Here’s hoping for a speedy recovery.

(Image via s_bukley / Shutterstock.com. Thanks to Danny for the link)

July 7, 2016
Scenes from Ark Encounter's Opening Day (Inside the Ark)
Next Post

July 7, 2016 Atheist Billboard Saying “God Fixation Won’t Fix This Nation” Taken Down in MS After Local Backlash
Browse Our Archives
What Are Your Thoughts?leave a comment