Over the weekend, Duck Dynasty‘s Phil Robertson spoke at the Western Conservative Summit and gave the audience definitive proof that Jesus was real: 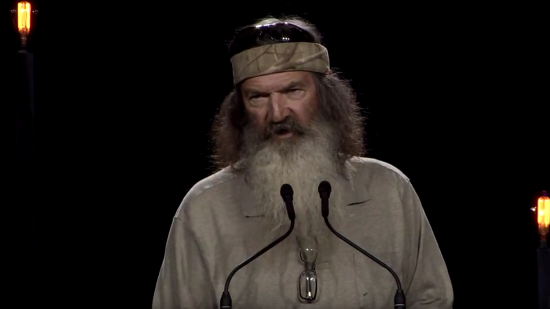 And then, somehow, he said something even dumber, blaming LGBT people for the deaths of 160,000 people in the U.S. over the same time period when we were fighting wars overseas.

He also pointed at his facial hair, letting women know that he would never go into a woman’s restroom.

And thus ended the speech from the man with the long beard explaining how the government should follow his personal religious beliefs, something that works if you’re Christian and causes chaos if you’re not.