If you missed it yesterday, NBC Nightly News gave Ken Ham‘s Ark Encounter a free two-minute commercial during the show. 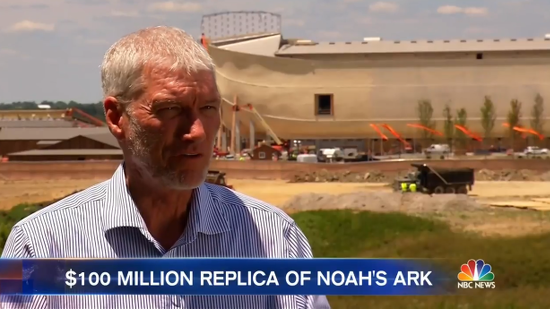 I understand the human interest aspect of the story, but a news program could have spared a few seconds for a sound bite from one of the many, many critics of the attraction — especially considering that we’re the ones in the scientific mainstream.

Was it really that hard to find a geologist, activist, or middle schooler who paid attention in science class?

(Thanks to Gayle for the link)

July 2, 2016 After Settlement, Gay Users Will Finally Be Able to Use ChristianMingle.com
Browse Our Archives
What Are Your Thoughts?leave a comment