Last Sunday, 50-year-old Esti Weinstein was found dead inside her car near the city of Ashdod in Israel. She had left behind a suicide note that read, “In this city I gave birth to my daughters, in this city I die because of my daughters.”

She was referring to the fact that she had left ultra-Orthodox Judaism (specifically the Gur sect) eight years ago but only one of her seven adult daughters followed her out. The rest of them cut ties with their mother completely, which was arguably what drove her to kill herself. 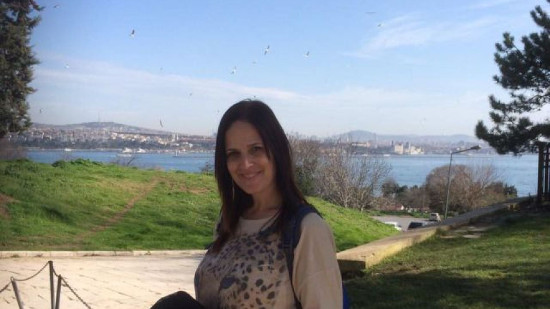 Yair Hess, executive director of Hillel, a support group for Charedim who become secular, said: “The fact that she wasn’t able to have contact with her daughters and grandchildren — she knew that she had a new grandchild whom she couldn’t meet — was the most difficult thing.”

Before she disappeared for good, Weinstein sent her friends a copy of a book she had written explaining her problems with the Gur Hasidic lifestyle. Among the concerns were her disappointing marriage. She and her then-husband only met once before the wedding, he never called her by her name, and sex was infrequent. In fact, when she wanted to make love more than twice a month, he told her their rabbi dictated how often they could be intimate and that was that.

Her children, it should be noted, don’t see this the same way. At Weinstein’s funeral the other day, her eldest daughter (still Hasidic) chastised Weinstein for abandoning the family:

[Racheli Yoskowitz] spoke of the years when her mother raised her with love, but then got to the main point: “We won’t forget that bitter, hurried day when you left your home. We begged for explanations, we asked to come with you, but you turned your back on us — young girls who one fine day were abandoned, with no mother to explain and heal their hurts; long nights of yearning and tears, many questions with no answers.”

It’s hard to see how a mother desperate to reconnect with her daughters was turning her back on children who refused to see her. But that’s what religion does to families. It sometimes forces you to choose between blood and God — and the most devout people lack the common sense to put family over faith.

In this case, and likely not for the last time, it drove one former Orthodox Jew to suicide.