U.S. District Judge Carlton Reeves has ruled against Mississippi’s HB 1523, a law that would have protected those who discriminate against LGBT people for religious reasons. 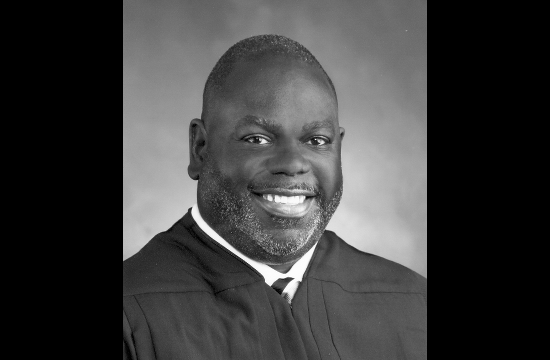 Also called the “Protecting Freedom of Conscience from Government Discrimination Act,” the bill supposedly protected religious freedom. In reality, it only protected certain beliefs, clearly violating the First Amendment. From Section 2 of the bill:

The sincerely held religious beliefs or moral convictions protected by this act are the belief or conviction that:

(a) Marriage is or should be recognized as the union of one man and one woman;

(b) Sexual relations are properly reserved to such a marriage; and

(c) Male (man) or female (woman) refer to an individual’s immutable biological sex as objectively determined by anatomy and genetics at time of birth.

Notice anything weird? The bill specifically protected those with anti-LGBT beliefs. Anybody who cited one of these beliefs as a reason for discriminating — say, firing a gay employee, kicking out a lesbian customer, or refusing medical services to a transgender person — would be off the hook from government punishment.

U.S. District Judge Carlton Reeves ruled that the law, instead of protecting religious freedom, violated the First Amendment by essentially endorsing specific religious beliefs over others. Some of the plaintiffs in the case were religious leaders from denominations that do not object to gay marriage.

He also said the law was poised to cause irreparable harm to LGBT residents of Mississippi.

“There are almost endless explanations for how HB 1523 condones discrimination against the LGBT community, but in its simplest terms it denies LGBT citizens equal protection under the law,” Reeves wrote.

In response, Mississippi Gov. Phil Bryant has promised an “aggressive appeal.” Reeves also made another ruling in favor of LGBT equality days ago, showing that even in Mississippi, positive change is coming.

(Image of Judge Reeves via Wikipedia)

July 1, 2016 Doug Cobb, New University of Louisville Trustee, Denies Evolution and Climate Change
"https://mediaprocessor.webs...Circular reasoning (Latin: circulus in probando, "circle in proving"; also known as circular logic) is ..."
larry parker Christian Baker Who Wouldn’t Make Birthday ..."
""...NOTHING wrong about quoting or reasoning from a scripture..."You've been told that repeatedly throwing scripture ..."
NOGODZ20 Christian Baker Who Wouldn’t Make Birthday ..."
"My youngest brother has been stoned, pretty much every day, since about 1975. He always ..."
democommiescrazierbrother In West Virginia, a MAGA Cultist ..."
"Depravity seems to be one of their virtues."
democommiescrazierbrother This Christian’s Theory About Juries Would ..."
Browse Our Archives
What Are Your Thoughts?leave a comment