A Jehovah’s Witness Refuses to Talk to Her Dying Mother Because She Left the Faith Decades Ago July 1, 2016 Hemant Mehta

We’ve spent a lot of time on this site talking about the awful Jehovah’s Witness policy of Disfellowshipping in which those who leave the faith are effectively shunned by the entire JW community, including their own family members.

It doesn’t get any more personal than the video below. In it, a young woman talks about her dying-of-cancer mother-in-law whose only wish is to speak with her daughter one last time… Unfortunately, the daughter refuses to talk to her ex-JW mother because doing so would remove the incentive to return to Jehovah. 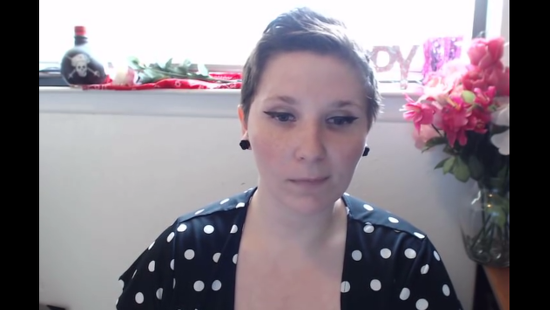 As the speaker points out, even if the mother “repented yesterday,” there’s a formal process to get reinstated into the Witnesses that takes at least six months. By the time the JWs gave the daughter permission to speak to her mother again, the mother may very well be dead.

How heartbreaking is it that the religious rules imposed by the Witnesses are doing more damage to the mother than the cancer she’s literally dying from?

(Thanks to Lloyd for the link)

July 1, 2016
Edie Windsor Omits "Under God" From Pledge of Allegiance at Stonewall
Next Post

July 1, 2016 Air Force May Revise Rules to Allow Christian Flag-Folding Ceremonies, Despite Lawsuit Threat
"It's a descriptor, not a title."
San_Ban Conservative Writer: Joe Biden is Our ..."
"Many do. They just assume they'll get to be Aunt Lydia."
Wookie Monster Appeals Court: Boston Does Not Have ..."
"I don't know how true that really is. Canada, in general, was much more conservative, ..."
Kris Feenstra Hatemongering MP Derek Sloan Booted From ..."
"$30,000 dollars to add it to my house. And the house isn't worth enough to ..."
cdbunch Why Did Amazon Remove Reviews of ..."
Browse Our Archives
What Are Your Thoughts?leave a comment