A proposed Christian law school in Canada that would require students to sign a statement saying “sexual intimacy” is only reserved for straight couples has been blocked from obtaining accreditation in Ontario, a ruling that may be appealed at the Supreme Court of Canada. 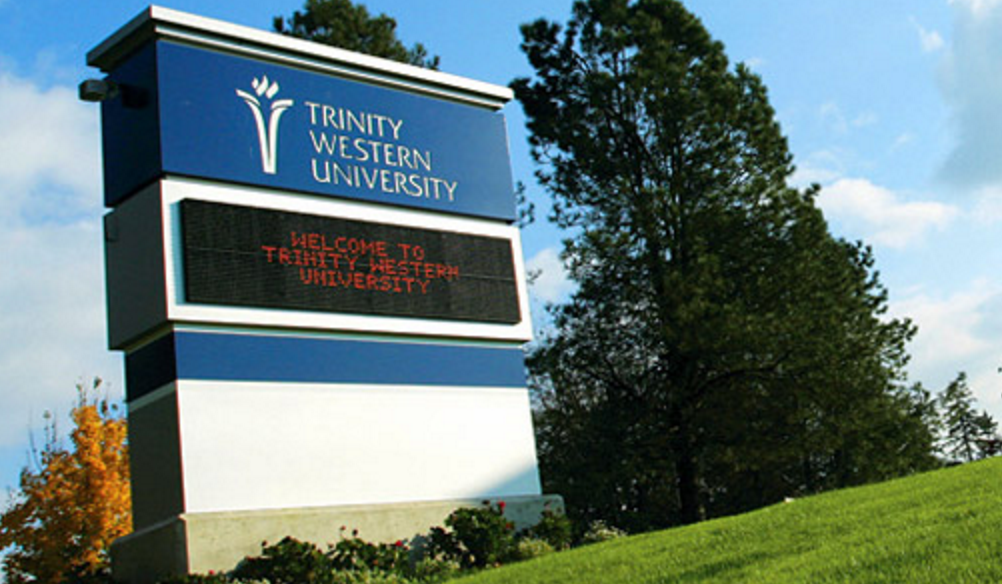 If you need a refresher, Trinity Western University’s proposed law school in British Columbia, currently scheduled to open in 2018, can’t guarantee that graduates will be able to work anywhere in the country:

Prior to opening its school, the university approached law societies across the country to ensure its graduates would be able to practise law in all provinces. Six law societies — Alberta, Saskatchewan, Manitoba, New Brunswick, Prince Edward Island and Newfoundland and Labrador — have all granted accreditation to the law school

But the law societies in Ontario, B.C. and Nova Scotia have refused accreditation. The university has gone to court in each province to challenge these decisions.

In Nova Scotia, the university won at the provincial Supreme Court level. The Nova Scotia Barristers’ Society appealed that decision to the Nova Scotia Court of Appeal. The appeal was heard in April, and the court has yet to release a ruling.

A B.C. court also overturned the decision by that province’s law society. That decision was taken to the province’s appeal court earlier this month.

And yesterday, the Ontario Court of Appeal also ruled against the university:

Justice James C. MacPherson sat on the three-member panel of the Ontario Court of Appeal. He wrote in the decision that the school’s community covenant is “deeply discriminatory to the LGBTQ community, and it hurts.”

I have long argued that students who graduate from the school have every right to be treated like other attorneys. They don’t have to agree with the law in order to understand what it is and how it must be applied. It’s like a Young Earth Creationist who successfully defends his thesis in geoscience — if you did the same work as the other students, your beliefs shouldn’t block you from using your degree as you see fit. And by all accounts, Trinity’s law school wouldn’t be in the middle of any controversy if it wasn’t for the anti-gay policy — its curriculum is sound.

Keep in mind that, in the U.S., graduates of Liberty University’s law school don’t have this problem. Even if they don’t agree with, say, marriage equality, they’re still required to understand the law and pass the bar exam. And if they can do that, they have a right to practice law.

Given that several provinces are okay with Trinity’s future graduates, a couple are in limbo, and one is decidedly not, it’s very likely the Supreme Court will have to step in to settle the issue for good. When that happens, I’d be shocked if the justices rule against Trinity.

(Thanks to Janice and Michael for the link. Portions of this article were posted earlier)