Author Mary Eberstadt Thinks Christians Are Under Attack, but Her Own Examples Show Otherwise June 30, 2016 Hemant Mehta
Patheos Friendly Atheist. ... Want more from the Friendly Atheist? Get our FREE Newsletters and special offers!

Author Mary Eberstadt Thinks Christians Are Under Attack, but Her Own Examples Show Otherwise

The reason so many people mocked the idea of #HeterosexualPrideDay yesterday was because, when you’re so clearly in the majority, celebrating your identity is more like a slap in the face to those who frequently struggle to do the same thing.

It’s the same reason we laugh when Christians whine about how they’re so persecuted. Christians run every level of the government, national holidays correspond with their religion, and belief in Christ is the default mode in most parts of the country.

But don’t tell that to Mary Eberstadt, the author of a new book all about how hard it is for believers in America. In an essay for Time.com, she offers up examples of Christian persecution.

Which is tough for her since those examples don’t exist. 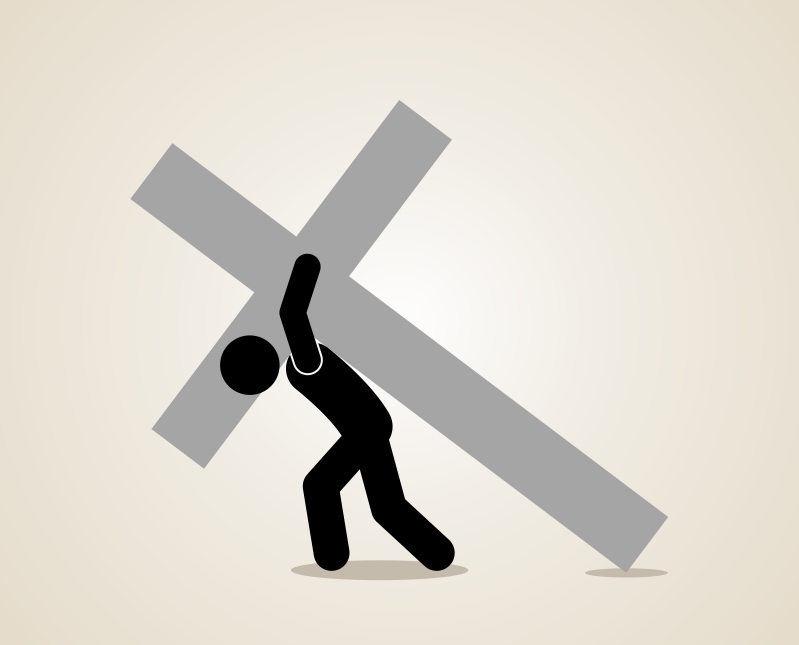 Some of the faithful have paid unexpected prices for their beliefs lately: the teacher in New Jersey suspended for giving a student a Bible; the football coach in Washington placed on leave for saying a prayer on the field at the end of a game; the fire chief in Atlanta fired for self-publishing a book defending Christian moral teaching; the Marine court-martialed for pasting a Bible verse above her desk; and other examples of the new intolerance. Anti-Christian activists hurl smears like “bigot” and “hater” at Americans who hold traditional beliefs about marriage and accuse anti-abortion Christians of waging a supposed “war on women.”

The New Jersey teacher, Walt Tutka, quoted scripture to a student. When the student asked where the lines came from, the teacher handed him a Bible. It’s a fine line between what he did and overt proselytizing, but Eberstadt fails to mention that the Equal Employment Opportunity Commission ruled in his favor later on.

The football coach, Joe Kennedy, was already told he couldn’t lead prayers with his public high school team before he took it a step further. Kennedy, while on the clock, then decided to pray on the field after games, making an event for students all about himself. He wasn’t persecuted for any of this. The District simply chose not to renew his contract, likely because he was such a legal liability.

The fire chief in Atlanta, Kelvin Cochran, didn’t just self-publish a book in which he compared homosexuality to bestiality. He handed it out to his subordinates, even though they didn’t ask for it. That’s what he was punished for.

And Marine Lance Corporal Monifa Sterling didn’t just place a Bible verse above her desk. That was merely one of many, many ways she broke the rules. As Chris Rodda documented so thoroughly, Sterling also didn’t go to her “appointed place of duty,” she disrespected a commissioned officer, and she refused to wear the proper uniform despite orders from superior officers. She wasn’t punished just because of a Bible verse.

Finally, we accuse bigots of being bigots because they’re bigots. When Christians oppose marriage equality, not for rational reasons, but because their Imaginary Friend told them it’s icky, that’s bigotry. Your faith isn’t the basis for public policy.

In every one of those cases, by the way, just imagine if we were talking about people pushing Islam instead of Christianity, and the concerns become much more obvious.

Some Christian institutions face pressure to conform to secularist ideology — or else. Flagship evangelical schools like Gordon College in Massachusetts and Kings College in New York have had their accreditation questioned. Some secularists argue that Christian schools don’t deserve accreditation, period. Activists have targeted home-schooling for being a Christian thing; atheist Richard Dawkins and others have even called it tantamount to child abuse. Student groups like InterVarsity have been kicked off campuses. Christian charities, including adoption agencies, Catholic hospitals and crisis pregnancy centers have become objects of attack.

Gordon College requires students and faculty members to sign a contract banning them from having premarital or gay sex. The New England Association of Schools and Colleges reviewed whether this violated their anti-discrimination policy. But after college administrators promised they would emphasize how LGBT students still deserve respect and should not be bullied (even though they’re totally going to Hell if they act on their desires), their accreditation remained in place.

As for The King’s College (New York), that nearly decade-old controversy involved “failure to comply with eight guidelines,” which school officials blamed on “the school’s exploding growth.” And I’m getting that information from the very page Eberstadt linked to.

When someone like Richard Dawkins equates religious indoctrination with child abuse, there are two things to keep in mind: 1) It’s just one guy’s opinion, not some form of systemic prejudice against Christians, and 2) He’s referring to forcing religion upon children when they’re not old enough to think for themselves. He believes it’s wrong for children to be taught Creationism without being exposed to evolution. He thinks it’s wrong to tell children disobedience could lead to eternal torture. On those issues, he’s not wrong to be worried. But he’s also not calling for laws banning Christians from raising their kids as they wish.

InterVarsity groups weren’t “kicked off campuses.” The controversy involved whether the public schools should confer “official” status on those groups — with perks like free meeting space and access to grant money — when they forbade gay students from becoming elected officers. At worst, the students could still meet, but without special benefits from their schools. This isn’t an anti-Christian policy. The question is whether university-sponsored clubs should have the right to discriminate on the basis of sexual orientation.

And as for the adoption agencies, pregnancy centers, hospitals, the issue is whether they should receive federal money despite discrimination against gay people (by not allowing them to adopt children), women (by not providing emergency abortion services), etc. The issue isn’t their faith. It’s their bigotry and whether taxpayers should be funding it.

This is what happens when Christians try to come up with examples of how they’re oppressed. They grasp at straws, unable to find clear-cut examples of when they were punished simply for being Christian. They’re not. It’s as simple as that.

Christians are still at the top of the food chain. The only difference is that there are more of us underneath them loudly calling out the problems with their beliefs. They finally need to defend their bigotry instead of just assuming everyone accepts it.

They’re not going to get any sympathy by telling people who are genuinely oppressed how bad Christians have it. Their woe-is-me stories hold no weight whatsoever, and it’s just embarrassing when they try to claim otherwise.

June 30, 2016 Two Transgender Women (With The Same First Name) Won Congressional Primaries This Week
Browse Our Archives
What Are Your Thoughts?leave a comment