We must never forget their names and their stories.

That’s the resounding message of a beautiful video tribute to the 49 victims of the shooting at Pulse in Orlando. Produced by Ryan Murphy with the Human Rights Campaign, the video features 49 celebrities, each of whom reads the name and short biography of one of the victims. 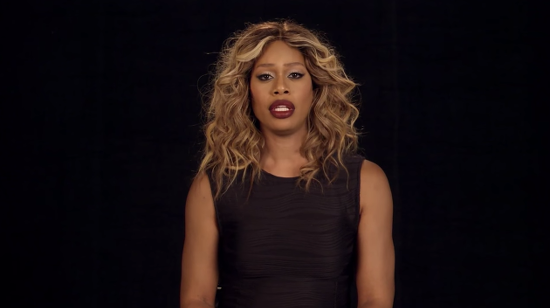 The 18-minute video shares a snippet about each victim — who they were and how they lived. Some were recent graduates and others were current students; some worked in real estate, others in social work, others as performers; some were the parents of newborns and others had grown children; some loved sports, animals, dancing or music; and so much more.

“The 49 heroes who lost their lives on June 12 were brothers and sisters, sons and daughters, friends and neighbors, boyfriends and girlfriends, husbands and wives. They were mostly young and mostly Latinx. But above all, they were human beings who were loved, and who had hopes and dreams for long, full lives,” said HRC President Chad Griffin. “It has been only a few short weeks since we lost 49 people to a deadly act of hatred. It is our responsibility to keep their memories alive and honor their legacies by ensuring our nation acts to end anti-LGBTQ hate and gun violence.  We are incredibly grateful to Ryan Murphy, Ned Martel and the 49 artists who came together to create this beautiful and lasting tribute.”

In the aftermath of the Orlando tragedy, Murphy asked how he could help drive awareness about the dual epidemics of anti-LGBTQ hate violence and gun violence that, together, claimed so many lives at Pulse nightclub. The result was this moving tribute, filmed over the course of three days, at FOX Studios in Los Angeles.

“The hate that stole these 49 individuals from all those who loved them has been allowed to flourish in our country for too long,” said Ryan Murphy, Emmy Award-winning screenwriter, director and producer. “No person is born hating another, and we have an obligation as Americans to stand up against prejudice and bigotry that would incite violence against someone simply for who they are. I am proud to have joined with Ned Martel, my talented colleagues, and the Human Rights Campaign to honor these 49 heroes and stop the hate.”

The names of the victims, and of the celebrities who gave each tribute, are listed here.