North Carolina, home to the anti-trans HB 2 bill that caused such an outcry a few months ago, may be considering changes to the law. And it’s the result of pressure from the NBA, which is hosting next year’s All-Star Game in Charlotte but has threatened to change venues if the law is still in place by then.

Unfortunately, the revision is hardly much better than the original law. 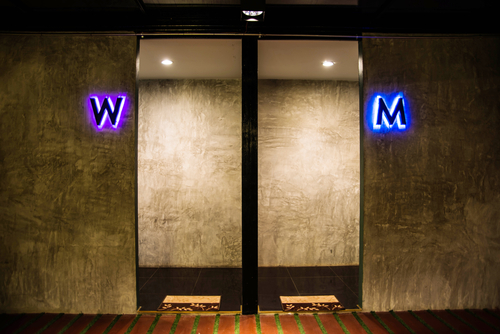 As it stands, trans people are forced to use the bathrooms that correspond to their birth gender no matter what. But the proposed revision would require them to prove they’ve had a sex reassignment:

What about the trans people who haven’t had sex reassignment? Tough luck.

For that reason, critics of HB 2 say this revision isn’t good enough and legislators need to simply repeal the bill for good:

UNC-Chapel Hill law professor Maxine Eichner, a specialist in LGBT issues, says the proposed certificate of sex reassignment “proposes to solve the most minute portion of a huge problem that HB2 created.”

Most transgender people don’t undergo sexual-reassignment surgery because it is expensive, painful and risky, she said. “HB2 has many problems. The fact that some states don’t allow gender reassignment on driver’s licenses is the least of them.”

And she said proposed changes have little chance being accepted by the LGBT community and other HB2 critics.

“If folks are generally concerned with the damage that HB2 does to the LGBT community, this is not a viable solution,” she said.

I would love to see the NBA continue the pressure. It’s clear that NC lawmakers don’t give a damn what LGBT people have to say. But they’ll pay attention if companies and cash start disappearing. PayPal has already said no to building a new center in Charlotte which would have created 500 jobs.

If the NBA announced that they wouldn’t hold the All-Star Game in the state because of its bigoted bill, you can bet the negative publicity would cause things to change in a heartbeat. It’s not the way I’d like to see social change happen, but I’ll take it.

Keep in mind the law is already the subject of competing lawsuits between the state and the U.S. Department of Justice.

June 29, 2016 God Help Us All, #HeterosexualPrideDay Is Trending On Twitter
Browse Our Archives
What Are Your Thoughts?leave a comment