God Help Us All, #HeterosexualPrideDay Is Trending On Twitter June 29, 2016 Camille Beredjick

God Help Us All, #HeterosexualPrideDay Is Trending On Twitter

Straight people, what are you even doing?

One of the top trends on Twitter today is #HeterosexualPrideDay, a lazy response to LGBT Pride Month, which is celebrated every June. 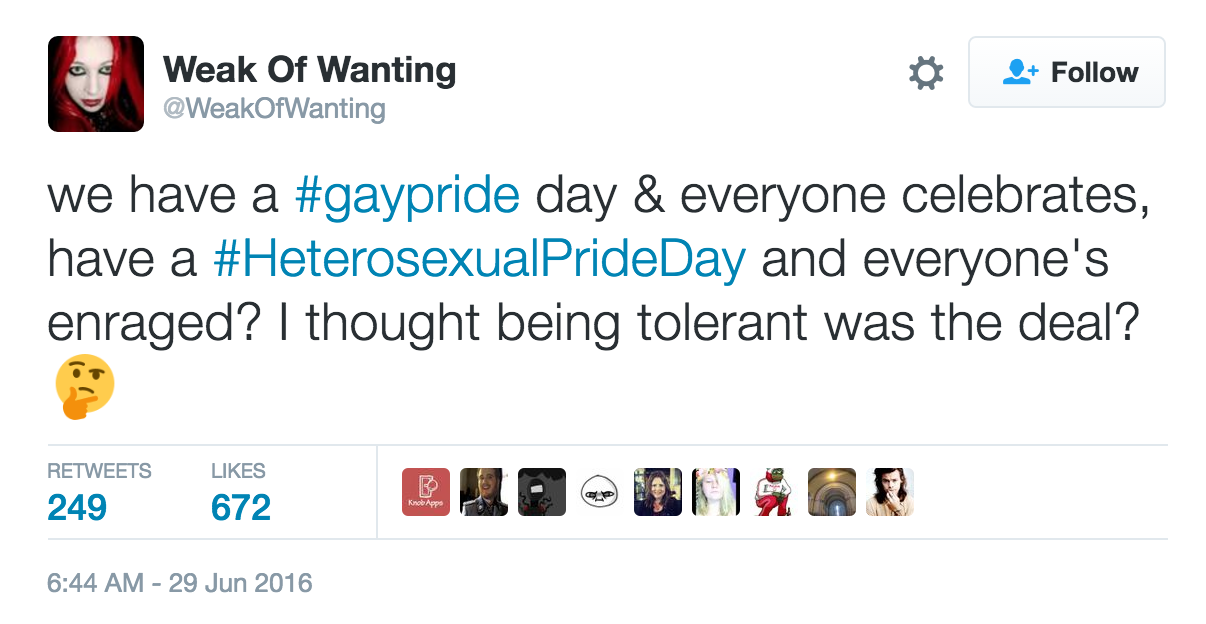 I shouldn’t even need to explain why this is a problem, but just in case:

LGBT pride isn’t just about being proud. It’s a specific response to homophobia and transphobia. LGBT pride is the act of identifying yourself with an oppressed minority group, saying that you proudly belong to a community even though your life can literally be at risk for doing so.

Sure, you can be proud to be straight, but you have nothing to lose for it. Coming out as straight won’t get you fired, get you kicked out of your home, make you a target for hate crimes. or make your family disown you. “Heterosexual Pride Day” is just an excuse to brag about how good you’ve got it, at the expense of people whose identity puts them in actual danger. 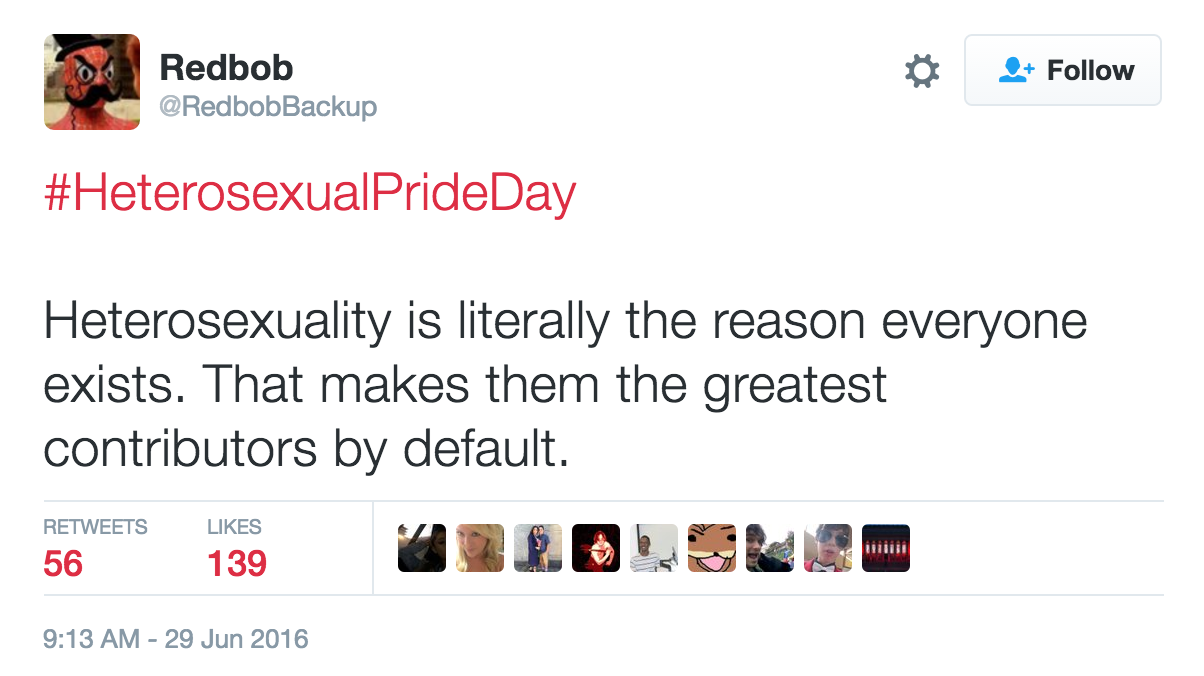 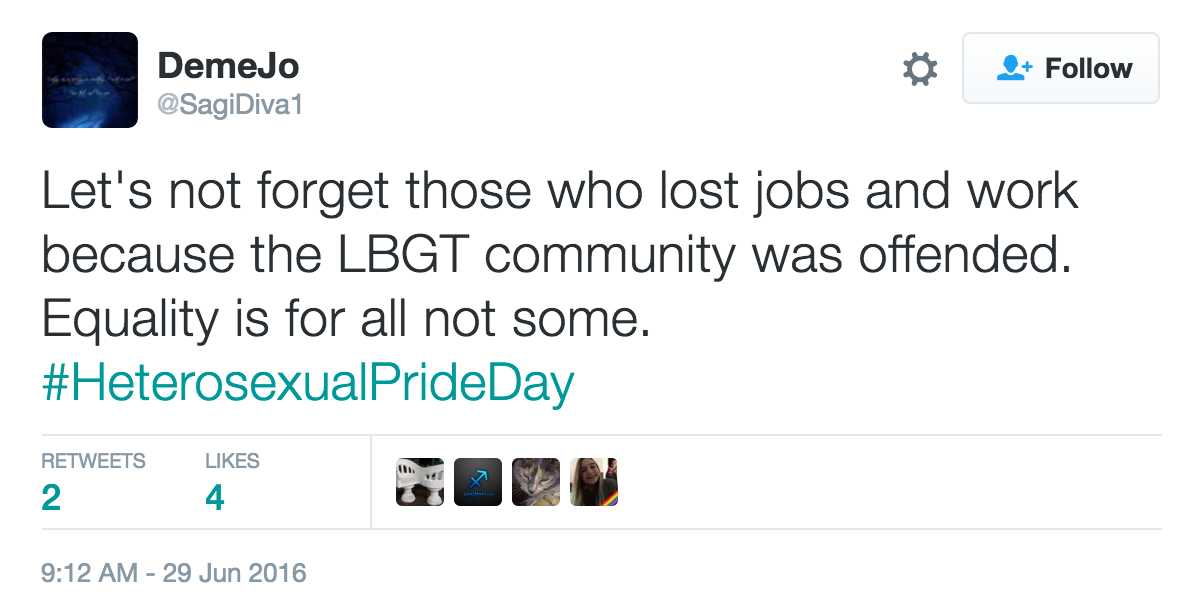 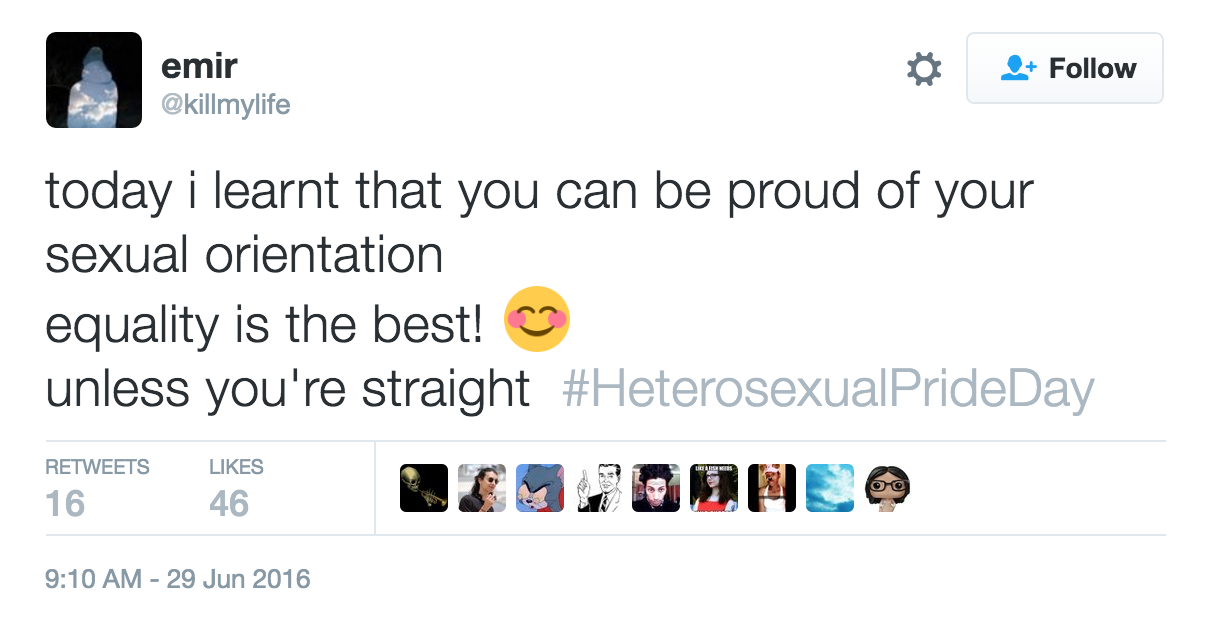 For what it’s worth, the hashtag could very well have been started by trolls who want to call out people who demand a straight pride day. They’re usually the same people who lament the non-existence of White History Month every February.

And thankfully, the hashtag is overrun with those well-intentioned trolls, both LGBT-identified and allies, who are calling out the hashtag’s sheer stupidity: 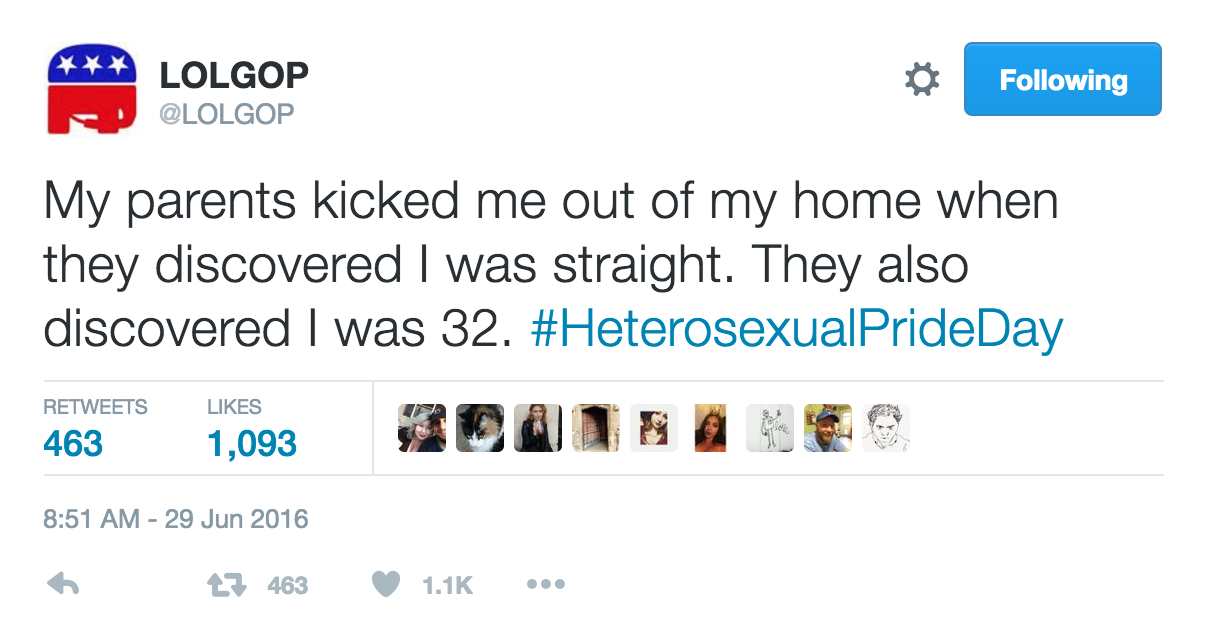 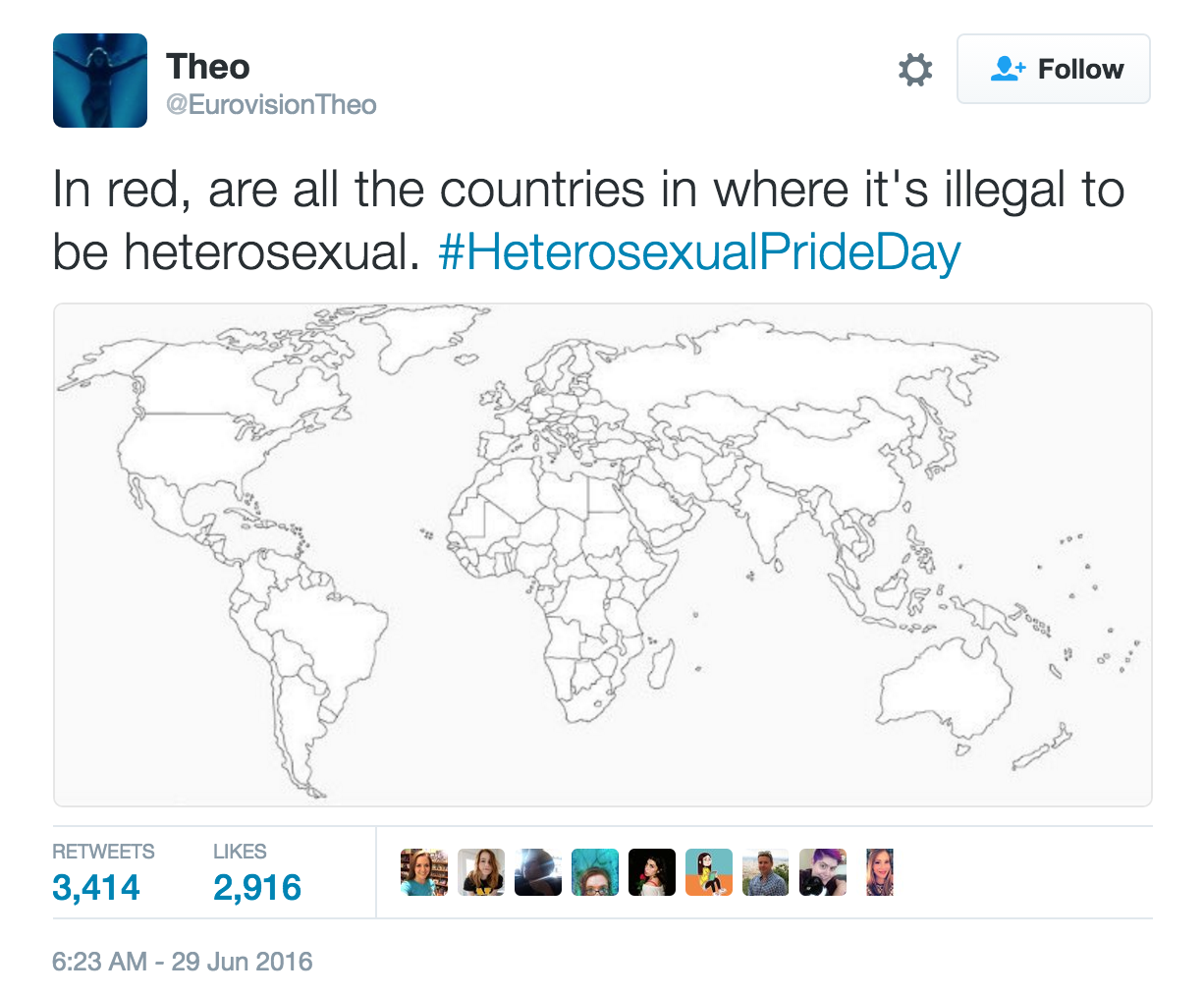 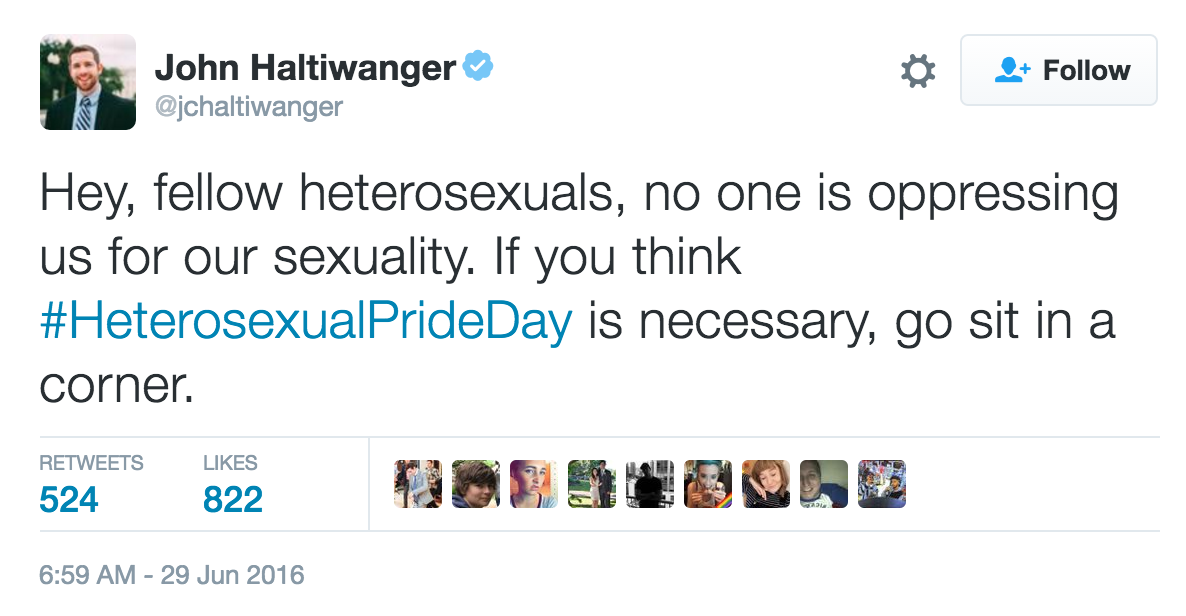 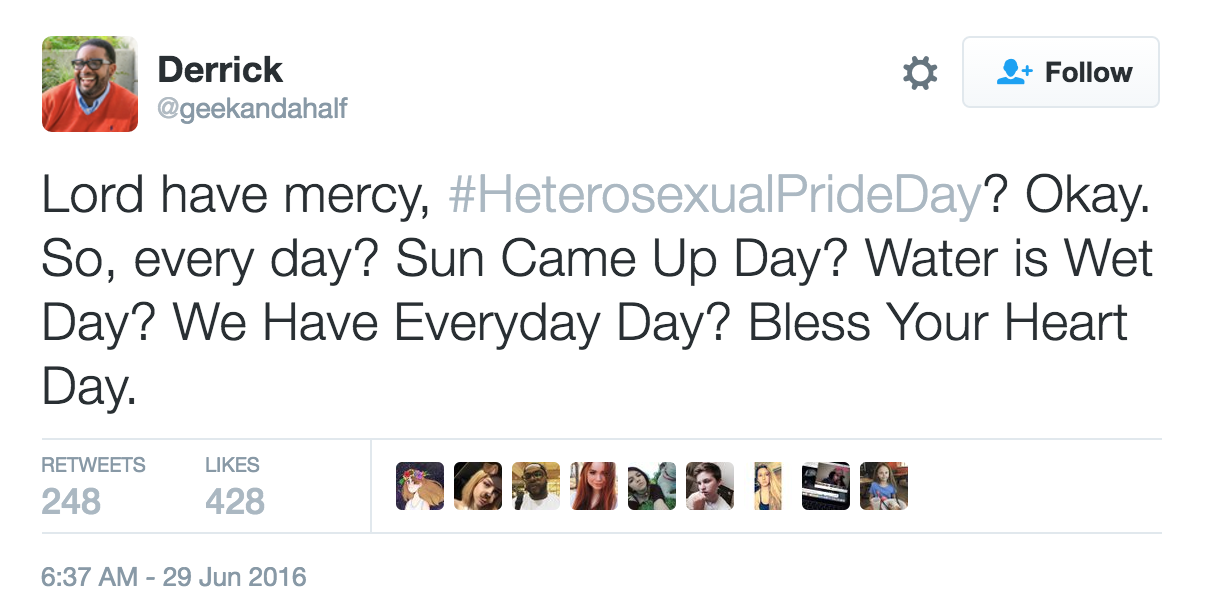 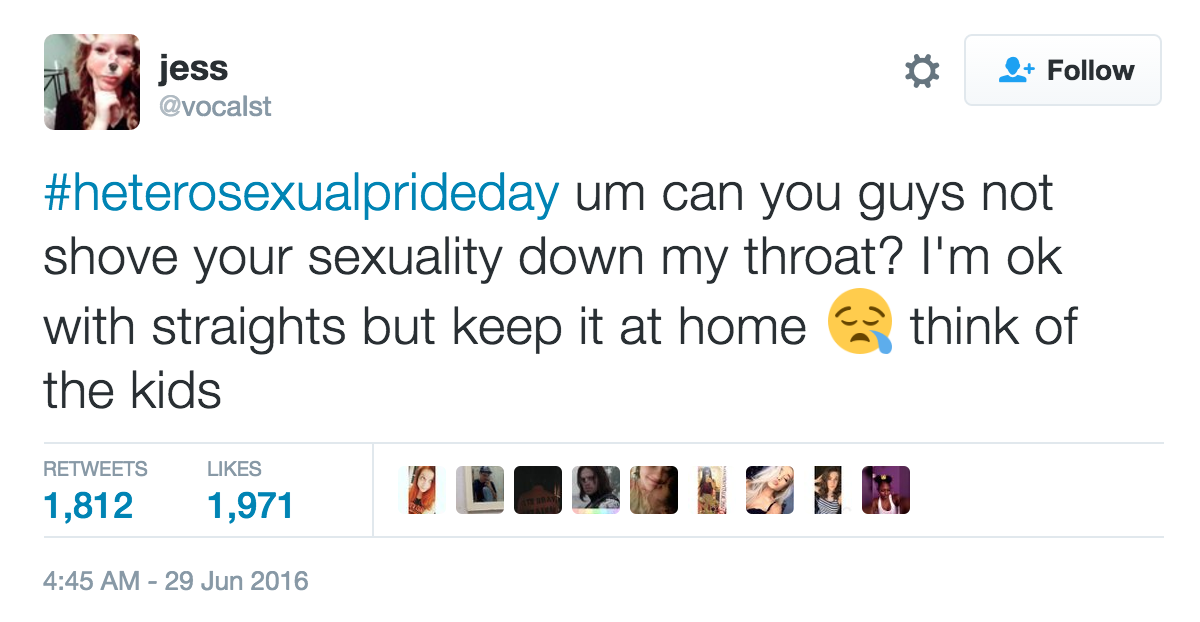 In the words of L.Z. Granderson, instead of wondering why they don’t have a straight pride month, straight people should be thankful they don’t need one. Happy Heterosexual Pride Day, everyone. Tweet responsibly.

June 29, 2016 California City Council Will No Longer Consider Giving $2.5 Million Grant to Catholic High School
Browse Our Archives
What Are Your Thoughts?leave a comment