Bullying of LGBT kids is a major problem around the world. That’s why Australia’s Labor and Greens parties have launched a Safe Schools anti-bullying program meant to support LGBT students.

Unfortunately, right-wing conservative groups have already attacked Safe Schools with slander, scare tactics, and outright fact errors in flyers distributed to residents. In an even sadder turn of events, the president of one of the groups, the National Civic Council, is the infamous anti-LGBT activist Peter Westmore. 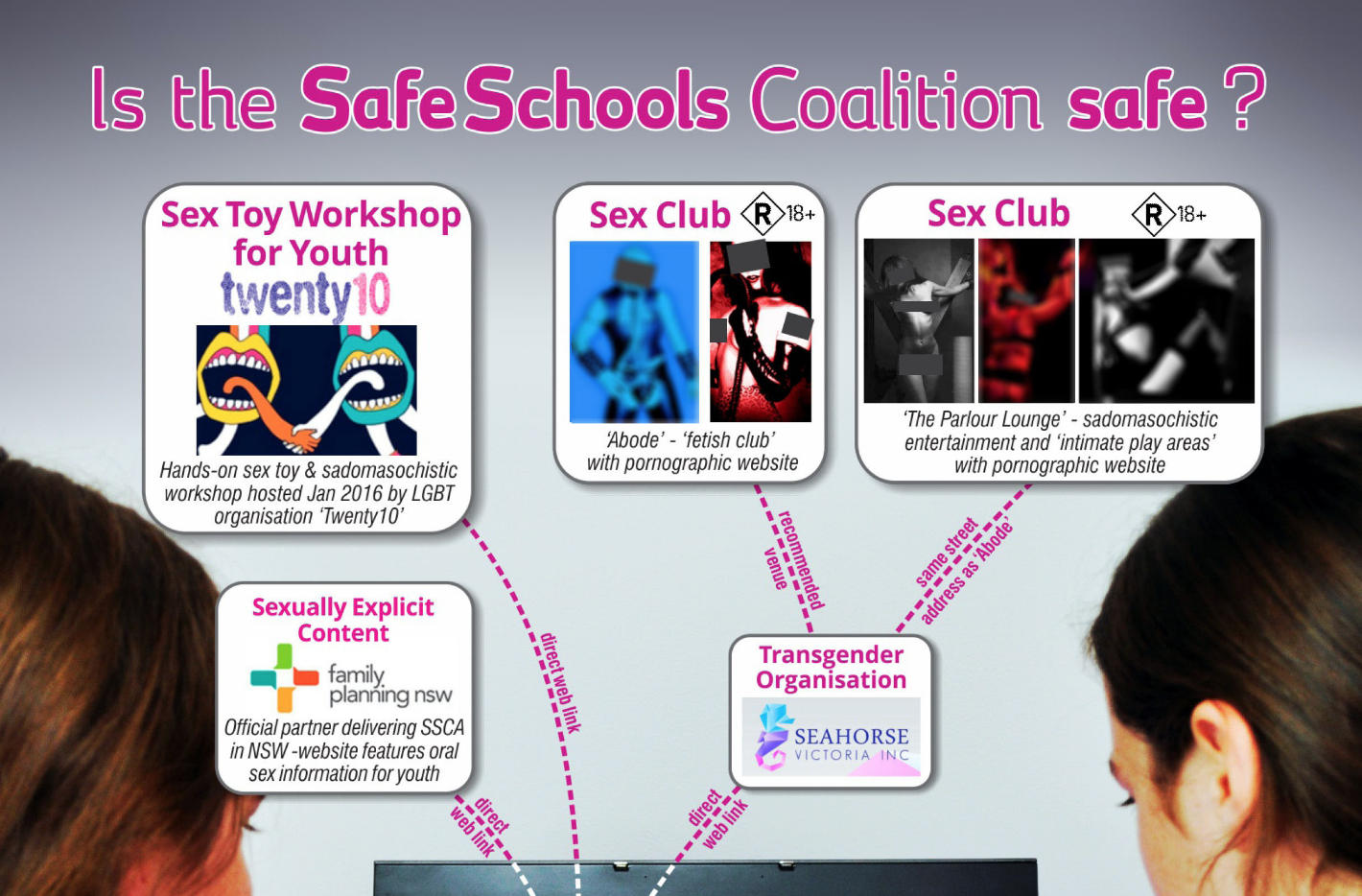 His daughter, Trish Hackney-Westmore, however, is openly gay and spearheading efforts to raise awareness about the hateful campaign.

She told BuzzFeed News the flyer made her and her wife Christy “very upset and very angry”.

“I would hope that the community would see that and think ‘That’s extreme, that’s untrue, what horrible things to say’,” she said.

“I think it’s terrifying that anything that teaches respect and tolerance and diversity is seen as a threat. It’s unfathomable to us,” she told BuzzFeed News.

She said it feels even worse to know that her father is one of the transphobic people behind the campaign:

Hackney-Westmore said her father’s connection to the flyers was “incredibly painful”, but she felt compelled to speak up about them.

“This is obviously something that’s incredibly difficult,” she said. “But it’s about Christy and I feeling like we have a responsibility to speak up and say ‘It’s not OK’.”

Again, the purpose of the anti-bullying program is literally just to end bullying. But conservatives are responding by claiming that there will be “no safe place” for kids, that “boys will be able to use girls’ toilets,” and that students can begin gender transitions without their parents’ knowledge.

None of that is true. In fact, a 12-year-old transgender girl named Rebecca who found one of the campaign’s flyers in her mailbox fact-checked it point by point. Here’s what she found:

“I felt annoyed because it’s not sex education. It’s more about helping me, and other people who are LGBTI,” said Rebecca. Often, that help occurs behind the scenes.

Rebecca is not out as transgender at school, and initially felt sick with worry about the other kids finding out. “I thought that no one would like me. I thought they would be mean to me,” she said.

No safe place? Quite the opposite. Sometimes, programs like these are the only place where LGBT students can feel safe and supported.

Claim: “Safe Schools tells boys they can use the girls’ toilets if they ‘identify’ as a girl.”

“They’re not telling boys to use girls’ toilets. I am a girl,” said Rebecca.

That was easy. Trans girls are girls; trans boys are boys.

Claim: “Schools can decide that parental consent is not needed for a student having gender transition medical treatment.”

“That bit’s not true,” Rebecca said. “Safe Schools and the schools aren’t the ones that allow it. It’s doctors.”

Rebecca is currently on puberty blockers, which can be prescribed for pubescent children after consultations with psychiatrists and endocrinologists. Teens can start on hormone therapy around age 15, but must go through an arduous Family Court process first.

Safe Schools is an opt-in anti-bullying program. It has no power to strip parents of their legal right and responsibility to give medical consent for their child.

As BuzzFeed also reported, trans kids under age 18 who want to start on hormone therapy must have the support of medical professionals and their parents; it has nothing to do with school.

In Rebecca’s case, Safe Schools worked behind the scenes to help explain her situation to teachers and ensure she isn’t forced into situations where she is outed to classmates.

But Rebecca is out to a few friends from her old school, who have accepted her for who she is — and are not confused.

“I wanted to have a fresh start at my new school,” she said. “But some of my friends from my other school know, and they’ve been fully accepting.”

Validating the feelings that kids already have isn’t “sexualizing and confusing” them. It’s telling them that they aren’t alone, that they’re supported, and that there are people around who want to help them.

In short: The Safe Schools program is a completely harmless way to try to support LGBT kids, who face a slew of challenges at school that straight and cisgender (non-trans) children will simply never experience. And in response, conservatives are making things worse for the very people who need support.