For some reason, the Santa Ana City Council in California was considering giving $2.5 million to a Catholic high school to help them construct a new building and parking garage. 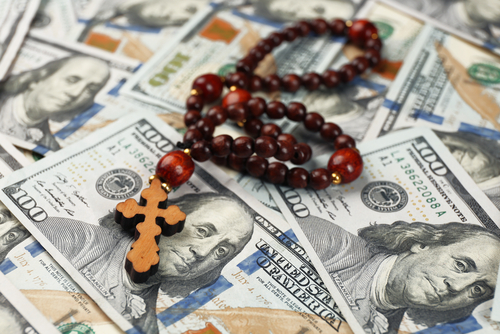 If that sounds like a complete violation of church/state separation, you’d be correct. Mater Dei High School can pay for its own renovations; the taxpayers shouldn’t be funding them.

And that’s what the Freedom From Religion Foundation’s Legal Fellow Ryan Jayne said in a letter to the Council a couple of weeks ago.

We are writing to object to the proposed grant to Mater Dei because distributing public money to a private religious school violates both the Federal Constitution and the California state constitution.

The Establishment Clause of the First Amendment prohibits the government from supporting religious activities with public funds… The city of Santa Ana violates this principle when it funds the expansion of a private parochial school.

The letter worked. The City Council informed Jayne recently that the agenda item to give the money to the Catholic school has been removed from consideration.

FFRF is elated at the city’s about-face.

“We were dismayed that Santa Ana was possibly going to channel millions of taxpayer dollars to a sectarian religious entity,” says FFRF Co-President Annie Laurie Gaylor. “We’re glad that it saw the light.”

That’s $2.5 million that the city can now use for public institutions, just as it should be.