A man collapsed during Delta Flight 1772 from Atlanta to Phoenix over the weekend. According to Richard V. Gotti, who was on the plane, an elderly man began having heart problems and “went unconscious.” A lot of passengers and crew members worked to keep him alive so that, when the plane landed, they could get him the medical help he needed.

The reason this story is getting so much attention is that one of the passengers who apparently helped out was former NFL star (and the Christianest of Christians) Tim Tebow. 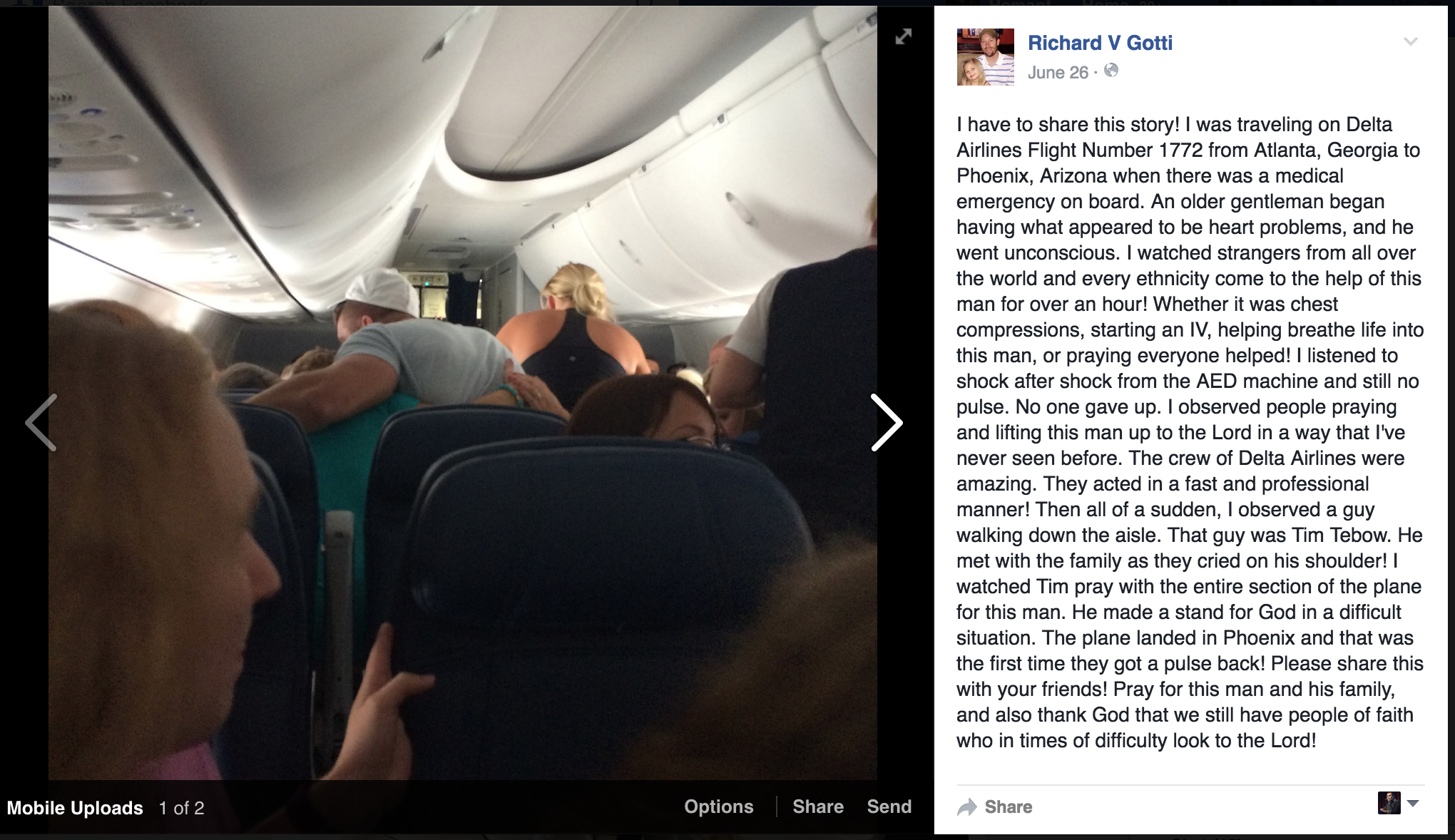 Just look at the headlines, like this one from Sports Illustrated: 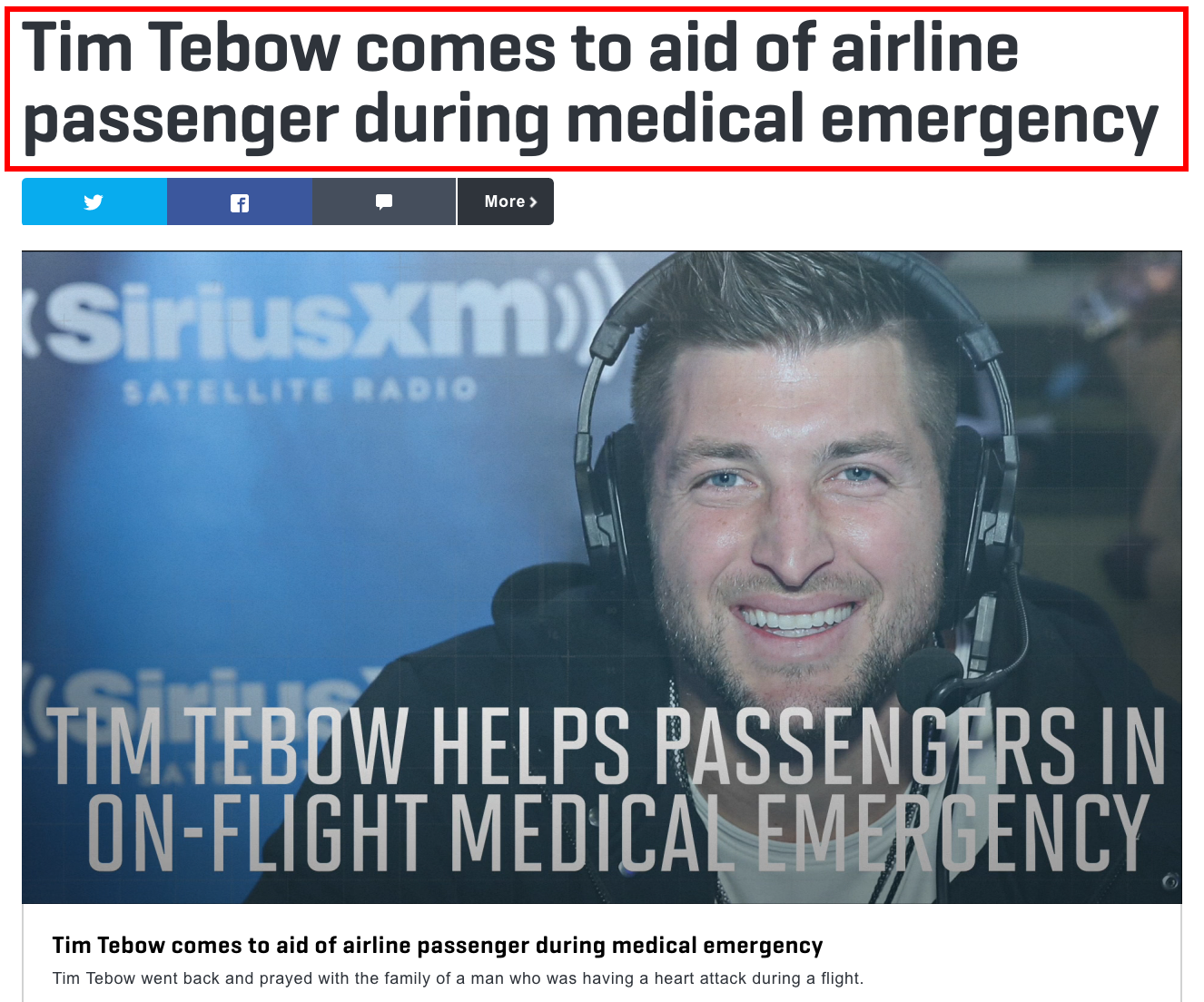 Or this one from NBC News:

But you’d be wrong.

In fact, there was a “young medical professional” who performed CPR on the patient, in addition to others who assisted the elderly gentleman.

So what exactly was Tebow’s contribution to the situation?

I watched Tim pray with the entire section of the plane for this man. He made a stand for God in a difficult situation… thank God that we still have people of faith who in times of difficulty look to the Lord!

That’s all Tebow did. He prayed. I’m sure it comforted the man’s family and the other passengers — I’m not doubting that for a second — but let’s not mince words here: The elderly man did not remain alive on the plane thanks to Tim Tebow. Tebow contributed nothing of value to his survival.

I’m not mocking Tebow, by the way. He did the only thing he knew how to do in that situation and there’s nothing wrong with that. Hell, it’s not like I’d be any more useful in that situation.

My frustration is with the media for acting like Tebow did something heroic. He didn’t. He was just in the right place at the wrong time. They’re turning the simple fact that he was on the plane into some sort of epic tale of bravery and courage. It was neither.

Give the choice between a medical professional and someone praying for me, I’m going with the doctor every time. So would you. What Tebow offered was, for some people on board, a pleasant distraction at best.

***Update*** People magazine reports that the passenger died in the hospital. So Tebow *really* didn’t help. Thanks, Jesus…