Bryan Fischer: The Obergefell Ruling Was When “Moral Jihadists” Committed 9/11 Against Christians

It was a year ago today when Christian bigot Bryan Fischer reacted to the Supreme Court’s marriage equality ruling with a string of tweets comparing that day to 9/11 and saying it was “a date which will live in infamy.” 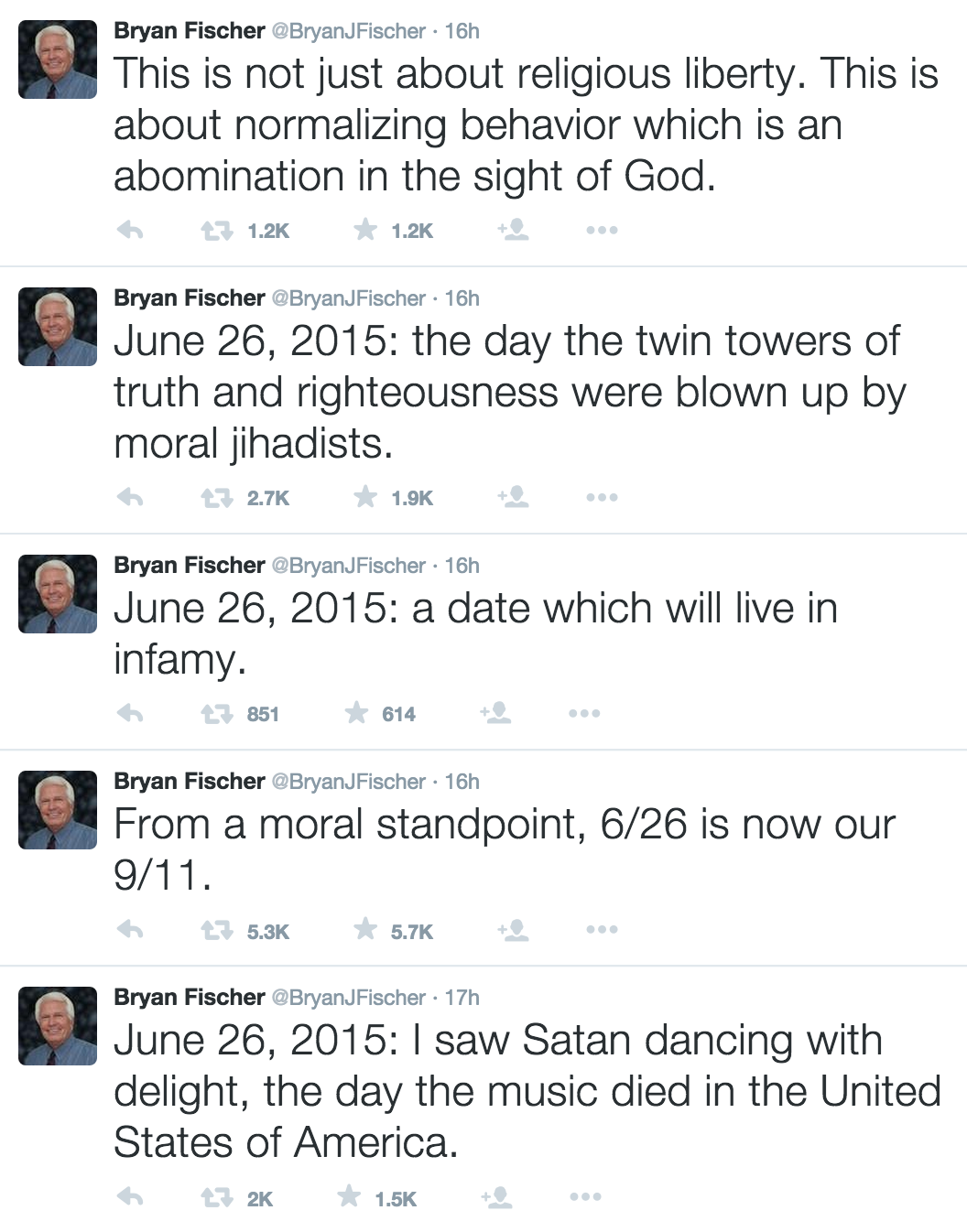 That didn’t stop him, however, from saying many of the same things on his radio show yesterday:

Oh, the tears of unfathomable sadness…

June 28, 2016
Christian Quarterback Tim Tebow Didn't Do Anything Heroic on a Delta Flight
Next Post