If God existed, would you ever want to meet Him? Let’s just say there’s a reason we make God in our image. DarkMatters2525 explains: 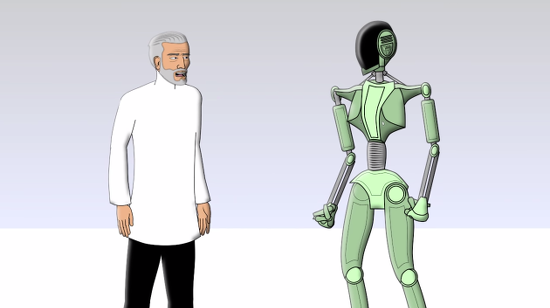 This monologue gets to the heart of the story:

… We human beings went through a period of adolescence, a time of immense arrogance, when we thought the universe was created for us, and that we were created to please our Creator, who we too believed to be infinitely more powerful than we were.

What the Creator wanted so often coincided with what we wanted, or with what our leaders wanted. Because we supplanted our egos with the idea of this Creator — the ultimate transference. We created the Creator in our image so that we could act how we wanted and call it justice. And in a moment of ultimate projection, we then told those who did not believe in this Creator that their disbelief was rooted in the desire to do what they wanted.

In this way, they could be as deplorable as they wanted, yet still think of themselves as virtuous.

If you meet God, there’s no reason to worry. He’ll be everything you need Him to be in order to justify everything you’ve ever done.

June 27, 2016
Bill Nye on Ark Encounter: Creationists Are Raising "Kids Who Are Scientifically Illiterate"
Next Post