In response to this morning’s Supreme Court ruling in Whole Woman’s Health v. Hellerstedt overturning Texas’ anti-abortion law, several atheist and church/state separation groups weighed in on the matter. Here’s a collection of what they’re saying. 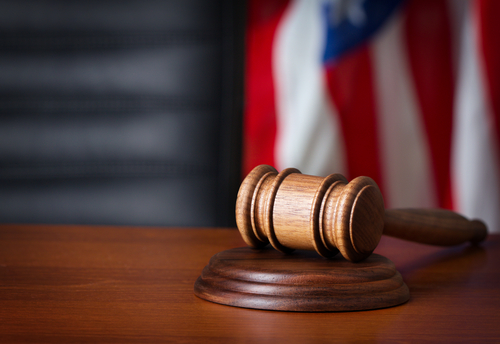 The Secular Coalition for America:

“This landmark decision is a turning point in the fight for reproductive rights and evidence-based public policy,” said Larry Decker, Executive Director of the Secular Coalition for America. “The highest court in the country has affirmed that lawmakers cannot use junk science claims about safety as a pretense for imposing their religious beliefs onto women. The Supreme Court’s decision today provides a powerful momentum on which the defenders of secular and science-based public policy can build.”

“While we are celebrating today’s victory, we know the fight to protect abortion access does not end today. Anti-choice lawmakers have and will continue to invent more ways of restricting women’s reproductive rights. This is why just two weeks ago, we successfully introduced a policy resolution into the Texas Democratic party platform calling for religiously-neutral and evidence-based reproductive health care policies. Only by holding legislation to a secular and science-based standard can we protect the freedom of all Americans to make their own medical decisions without interference.”

The Center For Inquiry (which filed an amicus brief in the case):

The Supreme Court wisely rejected a cynical attempt to deny millions of women in Texas access to abortion, said the Center for Inquiry, praising the decision in Whole Woman’s Health v. Hellerstedt as a win for objective science and women’s equality.

“We are delighted that the Supreme Court saw through this transparent attempt to effectively ban abortion, an attempt propped up by manufactured pseudoscience,” said Robyn Blumner, CEO of the Center for Inquiry (CFI). “The legal right to an abortion is meaningless without reasonable access to abortion services, and this cynical move to cut off that access has been shown for what it is: the imposition of religious dogma on Americans’ lives.”

“The zealots behind the Texas law thought they could do an end run around Roe v. Wade by feigning concern for women’s safety and fabricating unscientific testimony,” said Nicholas Little, Legal Director of the Center for Inquiry. “They failed utterly. The fight is not over, and we will continue to work toward the day when the religious right will have to give up on trying to control the lives of women. That will be a good day.”

Today's ruling on Whole Woman's Health vindicates not only women's right to safe, accessible abortion, but policy based on REASON.

Laws should be based on facts, not religious definitions of when life begins. We're glad the Court struck down #HB2. https://t.co/UKQJr1Zmbt