For three-year-olds with developmental delays, the Beaver Dam Unified School District in Wisconsin has a program in which those kids are sent to a private preschool. It’s a way to give those kids the attention and help they need.

But when one mother was told about the program, she was directed to St. Katherine’s, a Catholic school whose program for children is called “God’s Little Miracles.” (If you can’t tell, indoctrinating kids into Christianity is one of their goals.) 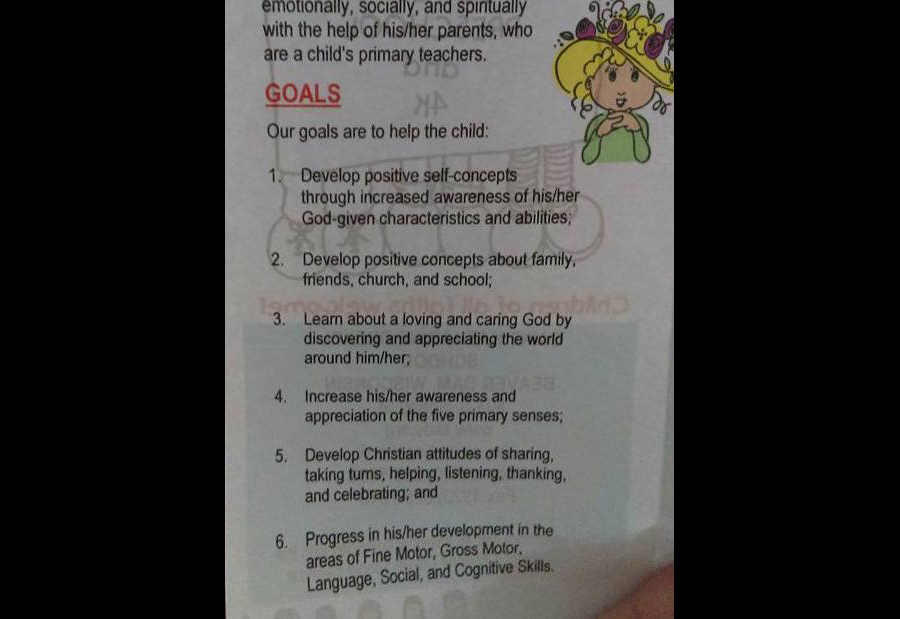 The Freedom From Religion Foundation is now asking the district to unravel itself from ties to this school. While there are two preschools available to children with developmental delays, this one (the only one the mother was told about) shouldn’t even be on the list.

The teacher reportedly assured the FFRF complainant that the God’s Little Miracles program does not involve religious instruction. But the materials show that this is not the case.

“With a Christian god permeating everything in the curriculum of this preschool, it’s absurd for the Beaver Dam Unified School District to send preschoolers to God’s Little Miracles,” says FFRF Co-President Annie Laurie Gaylor. “Public schools can’t excuse such overt religiosity.”

The Catholic school can rewrite its preschool materials to become a fully secular program where God isn’t on the menu, or the District can just stop working with them. It’s up to administrators to decide the next step.

It’s disturbing that any District would send kids who need special help to a place where their minds would be filled with nonsense. The students deserve far better than that.

June 26, 2016
It's Been a Year Since the Supreme Court's Marriage Equality Decision and We're Still Not Equal
Next Post